In the wake of MeToo allegations levied against director Subhash Kapoor last year, Aamir Khan had decided to “step away” from the film Mogul. The film is a biopic on T-Series founder and music baron Gulshan Kumar but now has confirmed that he is back on board the project as not only the co-producer but also the lead hero. Aamir disclosed in a recent interview to a leading daily that it was Bhushan’s idea of him playing the protagonist, which he was not too sure of and hence had offered the role to several celebs including Akshay Kumar, Varun Dhawan and Kapil Sharma.

Talking about the lead role, Aamir said, “Once I came on as producer, I said let’s discuss casting. I felt that I’d like to offer the film to Akshay Kumar. I was aware that things hadn’t worked out earlier between Bhushan and Akshay, but I still wanted to offer the film to him. So, I met Akshay and offered him the film. He did reconsider the offer, but things did not work out. Then I offered the film to Varun Dhawan, but he was busy with too many films. The other person I was very keen to cast was Kapil Sharma. I felt he’d pull off the character very well. But that didn’t work out either. Then Bhushan said, ‘You’ve done your best, aap puri duniya ghoom kar aa gaye ho, lekin mere father ka role karna aap hi ko hai. It’s written that you’ll be doing the film’. And the fact is that I love the script, and it’s a great role, so I said yes.” 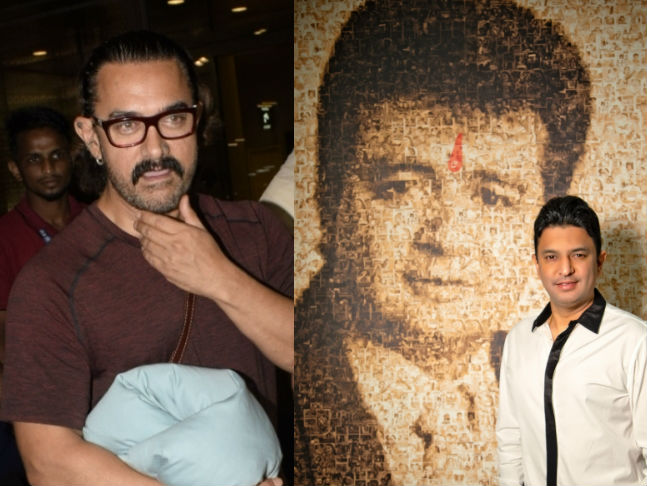 He also revealed that Bhushan was extremely keen that Aamir be a part of the project in some capacity. Talking about it, Aamir said, “Actually when Bhushan offered the film to me, I told him I don’t see myself as Gulshanji. He was disappointed but requested me to produce the film for him. He was very keen for me to be involved in some capacity. I had loved the script, so I agreed to produce.”

Mogul goes on floors as soon as Aamir wraps up shoot for his Forrest Gump remake Laal Singh Chaddha.