Aamir Khan has confirmed that he is back in Mogul, the biopic on T-Series founder and music baron Gulshan Kumar. In an interview to a leading daily, Aamir confirmed he is back on the project after he had quit last year after MeToo accusations surfaced against its director Subhash Kapoor. He said, “I’m playing the role of Gulshanji. As regards the other casting, Subhashji will decide.”

During the interview, when Aamir was asked about his status on Mogul as he had quit after the MeToo accusations surfaced about the director, he said, “If you remember, last year in October, I had tweeted that I won’t be a part of the film. But now, I have decided that I’ll be a part of it. So, I’m back on it now. I fully support the MeToo movement. And I urge women who have complaints to formally lodge them with their ICC (Internal Complaints Committee), which every organization must mandatorily have. Every accusation of sexual misconduct must be investigated thoroughly and rigorously by the concerned ICC, and strict action should be taken against people found guilty. Just to clarify, the case of Mr. Kapoor was not a case of workplace misconduct, hence could not be investigated by an ICC.” 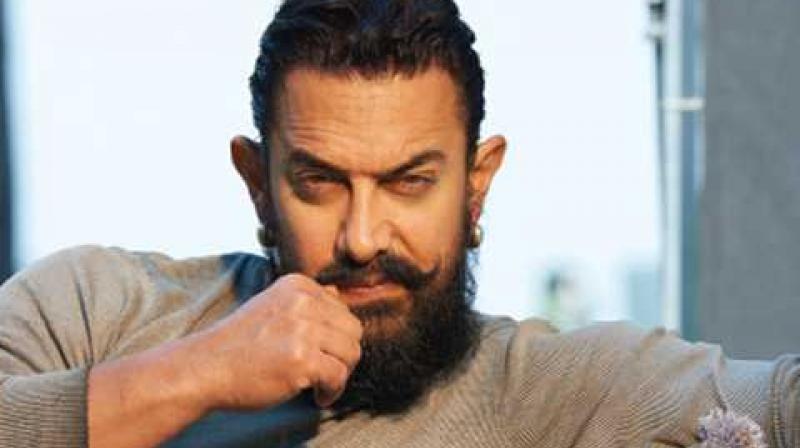 RECOMMENDED READ: Aamir Khan and Kajol thrilled to meet each other 'after so long'

When Aamir was asked that his decision might upset people regarding his stand on MeToo he said, "I’m just doing what my heart says is right, and what my conscience tells me is right. At that time I felt that was the right step to take, so I took that. Today I feel differently. I’m going with my heart. Perhaps some people will be critical of my decision. But I’ve to live with my own conscience. So, I’ve done what my heart and conscience feels is right."