It's time for double celebration for Akshay Kumar, Vidya Balan, Sonakshi Sinha, Taapsee Pannu, Kirti Kulhari and Nithya Menen as their recently released film titled Mission Mangal hasn't just created a havoc at the box-office but has also been pronounced tax-free in the state of Maharashtra on Wednesday. The film, which released on August 15, 2019, that is the Indian Independence Day has gone an extra mile to win hearts of the audience and become a medium of inspiration to several budding scientists and students across the nation. Despite the film not getting a solo release at the box-office as it locked horns with John Abraham's Batla House, the space drama definitely made it to the list of top grossers and loved films of this year.

Well, after a while of wait, the film has finally been declared tax-free rightfully. Speaking of the box-office craze surrounding Mission Mangal, it has so far crossed the 150 crore mark within thirteen days of its release and is still a favourite amongst cine-goers. 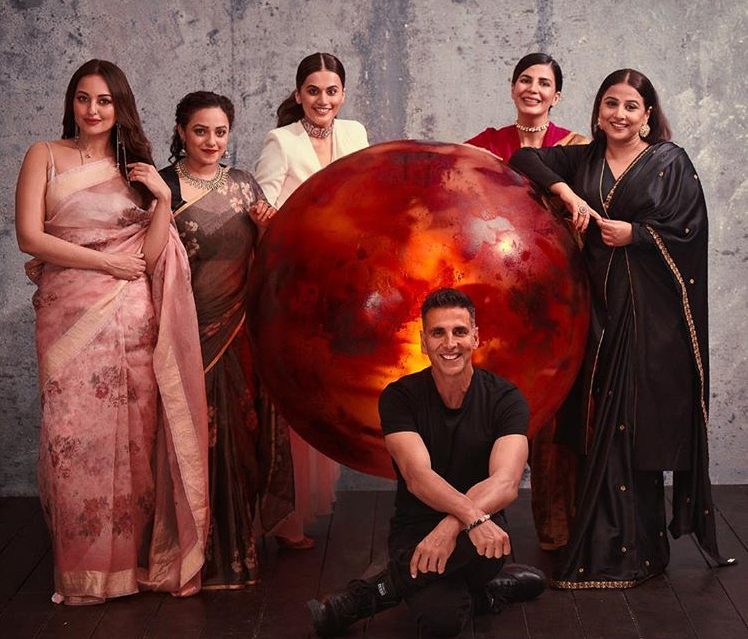 In Mission Mangal, Akshay plays the role of Chief Scientist at ISRO- Rakesh Dhawan while Vidya is Tara Shinde, Sonakshi is named Eka Gandhi, Taapsee is Kritika Aggarwal, Nithya stars as Varsha Gowda, Kirti is Neha Siddiqui and Sharman Joshi aka Parmeshwar Naidu. The orbits around the journey of the team led by Akshay to achieve a seemingly impossible task of reaching Mars in India’s maiden attempt, establishing India as the only country in the world to set this record. This is the first time in Bollywood when a feature presentation has been made on Mangalyaan, which was launched in 2013. It is directed by Jagan Shakti and financed by R Balki and Akshay. Presented by Fox Star Studios, Produced by Cape of Good Films, Hope Productions and Fox Star Studios, Mission Mangal released on August 15, 2019.