Advertisement
HomeBOLLYWOODENTERTAINMENT NEWSWas a little shy and awkward about doing the kissing scene in front of Dad: Karan Deol on doing the liplock in front of Sunny Deol in ‘Pal Pal Dil Ke Paas’

Was a little shy and awkward about doing the kissing scene in front of Dad: Karan Deol on doing the liplock in front of Sunny Deol in ‘Pal Pal Dil Ke Paas’

Sunny Deol’s son Karan Deol is all set to make his grand Bollywood debut with the former’s directorial venture Pal Pal Dil Ke Paas. The film also stars debutante Sahher Bambba. Karan agrees that he could not have asked a better mentor and a more trusted filmmaker other than his father. However, he also told a leading daily that he was a tad uncomfortable shooting the romantic title track as it involved a kissing scene since the person behind the camera was his father.

Karan told the daily, “Initially, I was a little shy and awkward about doing this scene in front of my father. That would be a normal reaction of any kid. But then, I just switched off and let my emotions flow. I was nervous at first, but after the take, I realized that the moment was beautifully captured and it was in sync with the story.” 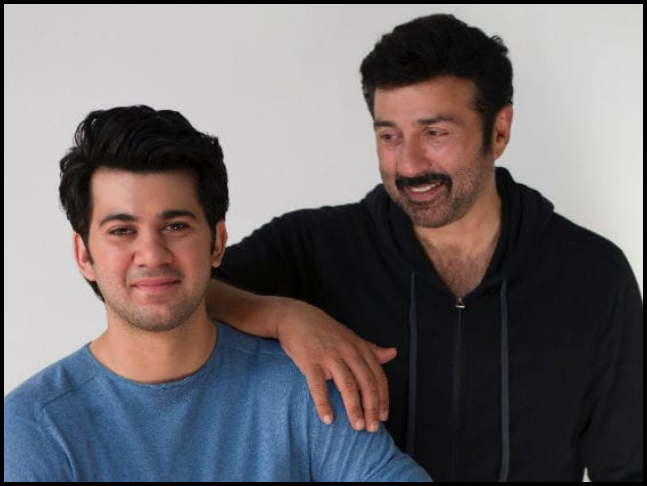 However, Karan also said that he had no apprehensions about the scene other than the fact that it was in front of his director-father. He said that he had no inhibitions on locking lips on screen and understood that it was the demand of the story. He said, “I had no apprehensions about the scene. I approached it in the same manner as I deal with any other scene because at the end of the day, I’m playing a character and it flows with the narrative.”