Aamir Khan and Salman Khan starrer Andaz Apna Apna is one of the most popular and well-loved comedies that has ever been made in Bollywood. The film was directed by Rajkumar Santoshi and has become a cult classic over the years even though it was not a big box office hit. The film also starred Raveena Tandon and Karisma Kapoor as the female lead along with Paresh Rawal, Shakti Kapoor and others.

There have been rumours about a sequel being in the works. In an earlier interview, writer Dilip Shukla had confirmed that Aamir and Salman will be reuniting for the sequel to revive the Amar-Prem bond. He told a leading daily, “I am writing the sequel. It is not easy to pen a sequel. I have to bring something more attractive in comparison to the earlier one.” He went on to add, “The sequel cannot be complete without Salman Khan and Aamir Khan. They will be there along with three other new cast members. The film will have young actresses as female leads.” 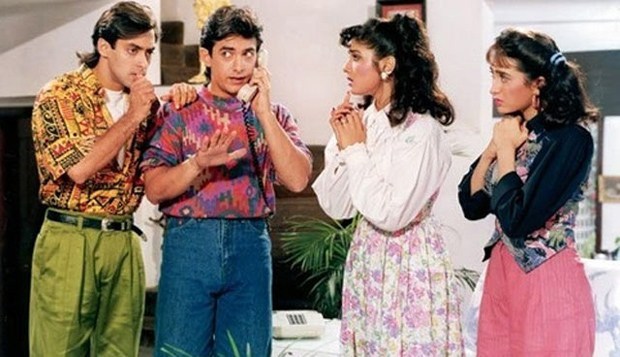 Dilip revealed that Karisma and Raveena will be making a special appearance in the sequel. He also said that the young actresses will bring added humour to the film. However, the hunt for the actresses is still on. We wonder who will fit the bill opposite Aamir and Salman.