This year, there will not only be fireworks in the country owing to the festival but also on the box office as some of the most anticipated and biggest films are releasing around the festive occasion. Akshay Kumar’s multi-starrer Housefull 4 is releasing on October 26, a day before Diwali whereas Taapsee Pannu’s and Bhumi Pednekar’s Saand Ki Aankh will release on October 25 and now Dinesh Vijan’s production Made In China starring Rajkummar Rao and Mouni Roy is also eyeing a Diwali release.

Earlier, Made In China was supposed to release on August 15, but the date has Akshay’s Mission Mangal and John Abraham’s Batla House then it was pushed to August 30 but to avoid a clash with Prabhas’ and Shraddha Kapoor’s Saaho. Now, the makers have decided to release the film in Diwali week on October 25. An entertainment website reported a source, “A meeting took place some time back between the team of Maddock Films and its other partners Jio Studios and AAA Films. They realized that Diwali is an ideal time to bring this film. The mood at that time is upbeat and Made In China will just be the right film that viewers would want to see.” 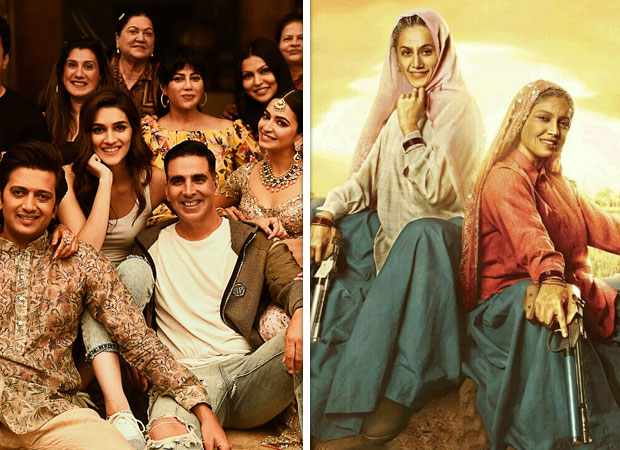 The website further reported a source, “Housefull 4 is one of the biggest films of recent times in all respects. But Diwali is also a huge festival and two films can easily co-exist. Made In China is a reasonably budgeted fare and it can manage to sustain and excel even in limited screens.”

Made In China marks the directorial debut of Mikhil Musale in Bollywood. Rajkummar plays a struggling Gujarati businessman and Mouni plays his wife in the film. The film is about his interesting journey to become a successful entrepreneur. The film also stars Sumeet Vyas, Boman Irani and Abhishek Banerjee.