Advertisement
HomeBOLLYWOODENTERTAINMENT NEWSAkshay Kumar and Rana Daggubati to have a qawwali face-off in Sajid Nadiadwala’s Housefull 4?

Akshay Kumar and Rana Daggubati to have a qawwali face-off in Sajid Nadiadwala’s Housefull 4?

Akshay Kumar is reportedly all set to feature in a qawwali sequence with co-star Rana Daggubati in Sajid Nadiadwala’s upcoming reincarnation comedy, Housefull 4. According to a report in a leading daily, the song sequence is a face-off between Akshay and Rana and an important elememt that takes the story forward. “It appears at a crucial juncture and is on the lines of a fun conversation between the protagonist and the antagonist,” the daily quoted a source as saying. While Akshay and Rana will take the centrestage, other key characters played by Bobby Deol, Riteish Deshmukh, Kriti Sanon, Pooja Hegde, Kriti Kharbanda, Johny and Jamie Lever, Chunky Pandey and Ranjeet, will be joining in the jugalbandi.

For the unversed, the Farhad Samji directorial is spilt in two eras—the present and the past, and the filmmaker has himself penned the lyrics and composed the basic tune for the qawwali. “The song is set in the present era and was shot at a studio in Mumbai,” the source added. Reportedly, both the actors Akshay and Rana were dressed as qawwals and were joined by 200 back-up dancers. 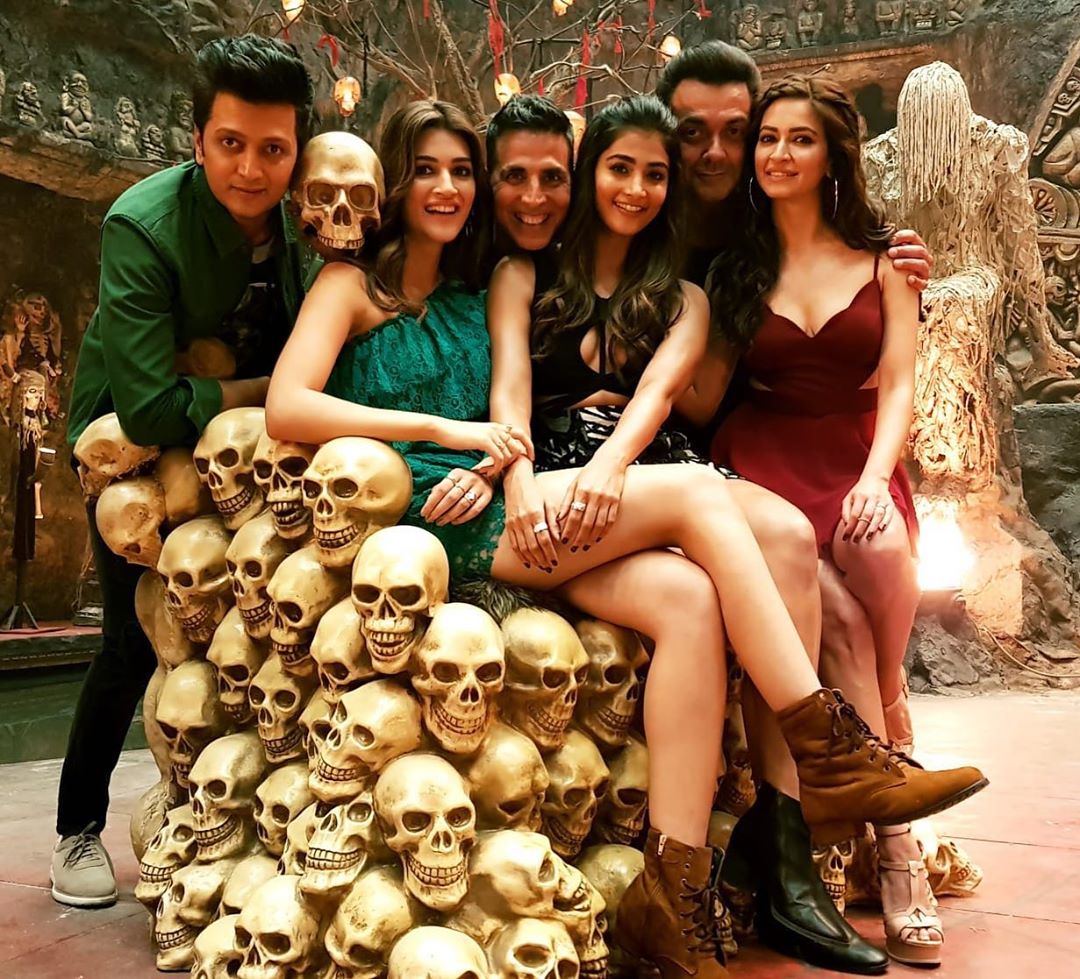 Well, we cannot wait for Akshay and Rana to turn qawwals.

Meanwhile, Housefull 4 has faced several ups and downs ever since it was announced. Rana replaced veteran actor Nana Patekar after the latter was accused of sexual misconduct by actress and former beauty queen Tanushree Dutta on the sets of 2008 film "Horn OK Pleassss". In October last year, filmmaker Sajid Khan stepped down as its director after he was accused of several sexual harassment incidents. He was replaced by Farhad Samji.

Beautiful, then and now! Deepika Padukone’s sari commercial from 10