I signed Vicky Kaushal for Takht way before URI and Raazi happened: Karan Johar on his stellar cast for the period drama

Karan Johar will be back in the director’s seat with his ambitious project Takht. The film is a period drama and boasts of a stellar star cast that includes Anil Kapoor, Kareena Kapoor, Ranveer Singh, Vicky Kaushal, Bhumi Pednekar, Janhvi Kapoor and Alia Bhatt. Reportedly, the film is based on the warring princes Dara Shikoh and Aurangzeb who were the sons of Mughal Emperor Shah Jahan. During a recent interview, Karan spoke about his upcoming film and the fact that he might be branded for casting only ‘stars’ he signed on Vicky for the film much before he gained prominence for his other films.

During the interview, Karan was asked about the casting coupe that he has managed for the film which makes it already a winner at the box office. Talking about his lead stars Karan said that he had never directed anyone of them other than Kareena. However, talking about Vicky who has just won the National Award for his film URI: The Surgical Strike, Karan said, “It so happened and again no one will give me credit but I signed Vicky for this way before URI and we also signed him for Raazi way before Sanju released. But of course, we will still be saying that I cast stars. Nobody will look at it that everybody has a journey and why they are still there. I have always worked with interesting actors at interesting junctures of their lives but yeah say what you want.” 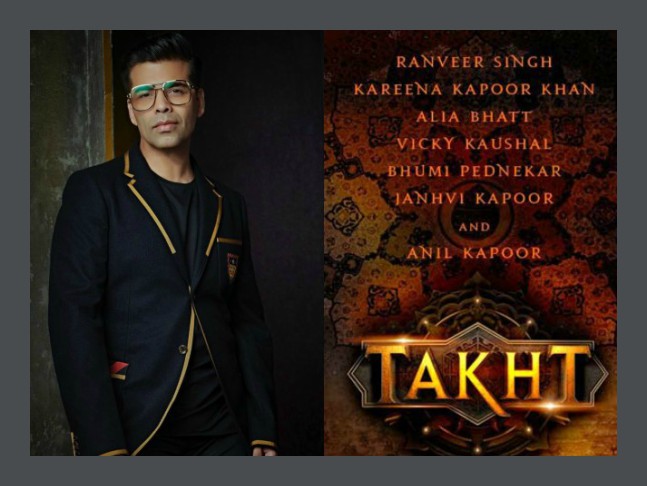 RECOMMENDED READ: 'Would I be putting out that video if there was anything happening at all': Karan Johar calls 'drug party' accusation ridiculous

Karan has often been targeted for casting only star kids and his friends in his films. It has often been said that he doesn’t give a chance to outsiders. However, Karan refuted all this in the interview and proved the fact that he went on to sign Vicky much before he gained prominence with his roles in Raazi, Sanju or URI: The Surgical Strike. Takht will soon go on floors in February and will probably be Karan’s most ambitious project till yet.