'It's all speculation,' says Giorgia Andriani on acting in her boyfriend Arbaaz Khan produced Dabangg 3

Many expected Giorgia Andriani to make her acting debut with her beau and actor-producer Arbaaz Khan's upcoming film Dabangg 3, but she said she is neither acting in it nor performing on any special song.Asked if she will be shaking a leg in the film or acting in Dabangg 3, Giorgia told media, "It's all speculation, as much as I love the brand and admire the creativity of Arbaaz and Salman (Khan), I'm not acting nor performing in 'Dabangg 3'...who knows in the future. In the meantime, I'm loving every bit of its making and looking forward to the release of 'Dabangg 3' in December. 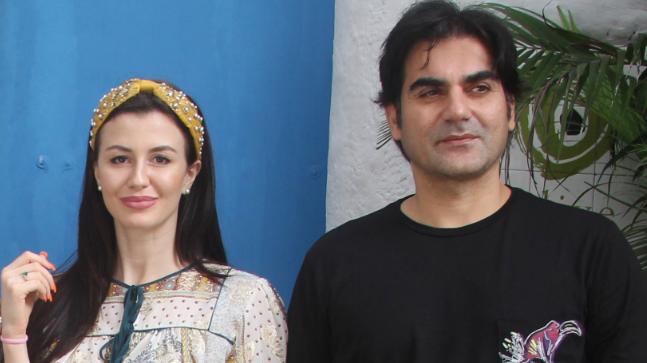 Recommended Read: Arbaaz Khan’s girlfriend Giorgia Andriani to make her digital Tamil debut, says ‘I won’t deny that knowing him helps me get a contact’

Instead of the Bollywood biggie, the Italian beauty chose Tamil web series Karoline Kamakshi to launch herself. "I chose this series because I am representing a very interesting character -- Karoline, who has contrasting aspects that are challenging to portray and that I found very motivating," said Giorgia.On how she overcame the language barrier, she shared that she took direction from others and a lot of interest and time on script and rehearsals. She already has another project in hand and although she is yet to arrive as an actress, but has already made waves in the fashion world. "When I was a child, I used to sketch dresses on my notebook and I used to tell my mum that it would bring an end to Giorgio Armani (Italian fashion designer) once Giorgia Andriani came into play. Anyway, as of now I only am planning to design my own clothes. No other plans in fashion." she quipped.

Crane crash leaves 3 dead and 10 injured on the sets of Indian 2, Kama

Crane crash leaves 3 dead and 10 injured on the sets of Indian 2, Kama

Dabboo Ratnani Calendar 2020: From Bhumi, Kiara to Hrithik and Tiger, Bollywood goes bold and hot in their never seen before side