The trailer of Akshaye Khanna’s and Richa Chadha’s upcoming film Section 375 just dropped and leaves us wanting for more. The film is based on an important law that is applied to the rape cases in the country. Akshaye is seen in the role of a best-in-the-business defense lawyer to a film director, played by Rahul Bhatt while Richa plays a tough public prosecutor arguing for the victim, played by Meera Chopra.

The film is reportedly inspired by the rape case against actor Shiny Ahuja. In the trailer of the film we get to see several hard-hitting scenes and spine-chilling dialogues. The film is definitely going to pack a punch as Akskaye and Richa battle it out in the courts. Apparently, there is a moral undercurrent in the film as well where we see Sandhya Mridul talking about ethics and Richa telling Akshaye that because of his unscrupulous principles she left his chambers and is now fighting against him in the case. 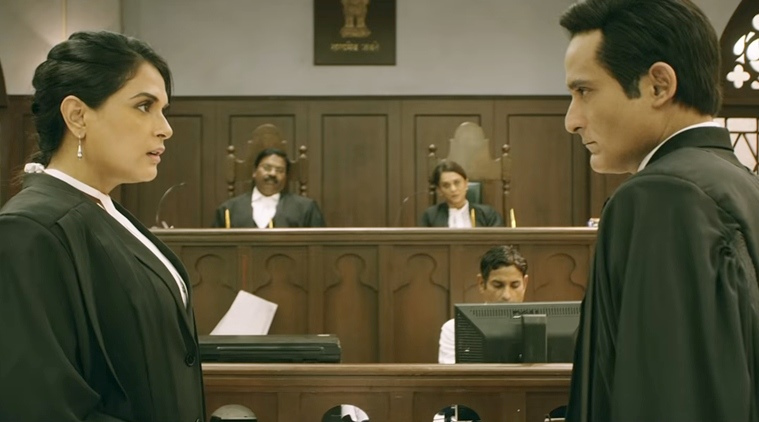 The trailer is filled with heavy dialogues, the most poignant being the closing one where Akshaye's character says, "This case is a classic example of a woman, using as a weapon, the very law that was ilmade to protect her." Richa and Akshaye have done a marvelous job as they try to bring their respective clients justice in the court of law.

Section 375 is directed by Ajay Bahl and is a Panorama Studios production and presented by T-Series. Produced by Bhushan Kumar, Krishan Kumar, Kumar Mangat Pathak and Abhishek Pathak, Co-produced by Aditya Choksi and Sanjeev Joshi, will hit theatres on 13th September 2019.