The John Abraham-starrer Batla House opens on Independence Day, and in the build-up to the film's release, a special screening of the film was organized for Vice President M. Venkaiah Naidu in Delhi on Saturday evening.

"It's an honour to show our work to our Honourable Vice President M. Venkaiah Naidu. I want to see how he reacts to our film. I thank him for giving us this opportunity. Looking forward to meet him and having a conversation with him," John said.

Privileged to have met the honorable @VPSecretariat and show him glimpses of our film #BatlaHouse https://t.co/3DP2yGS8Tx 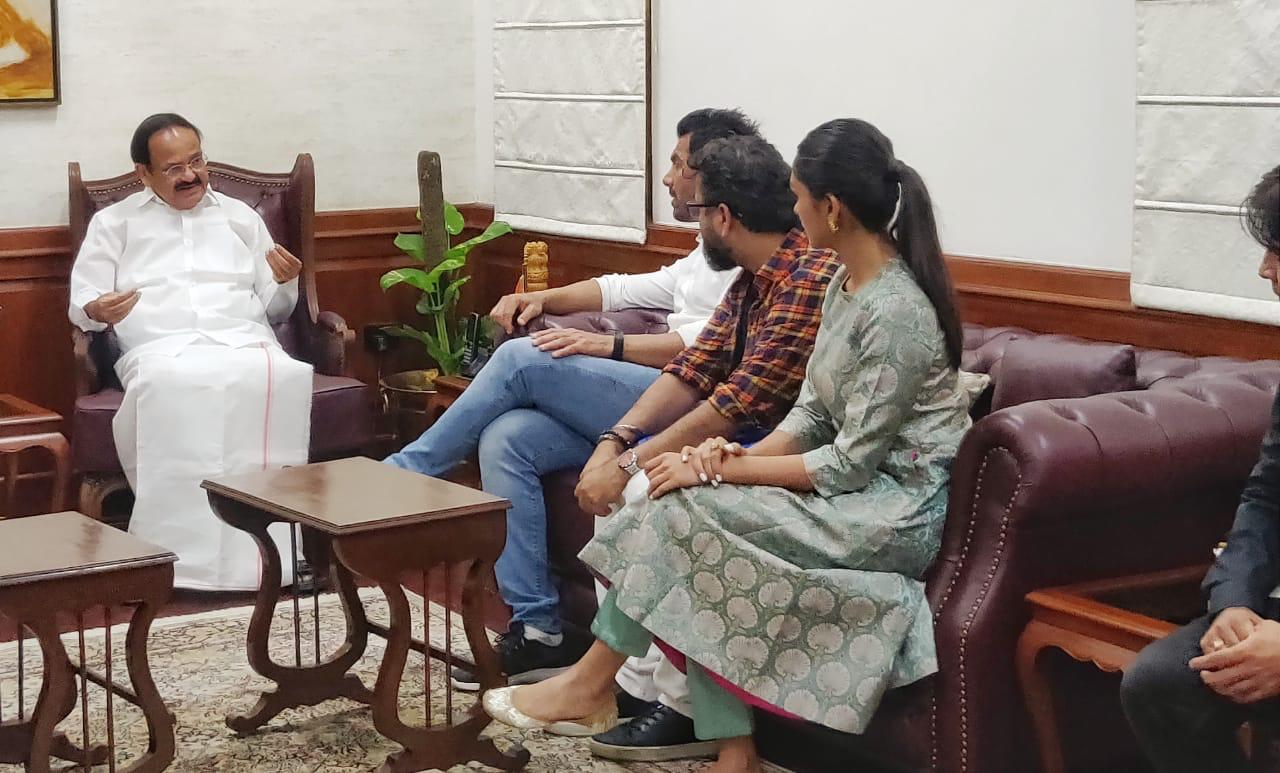 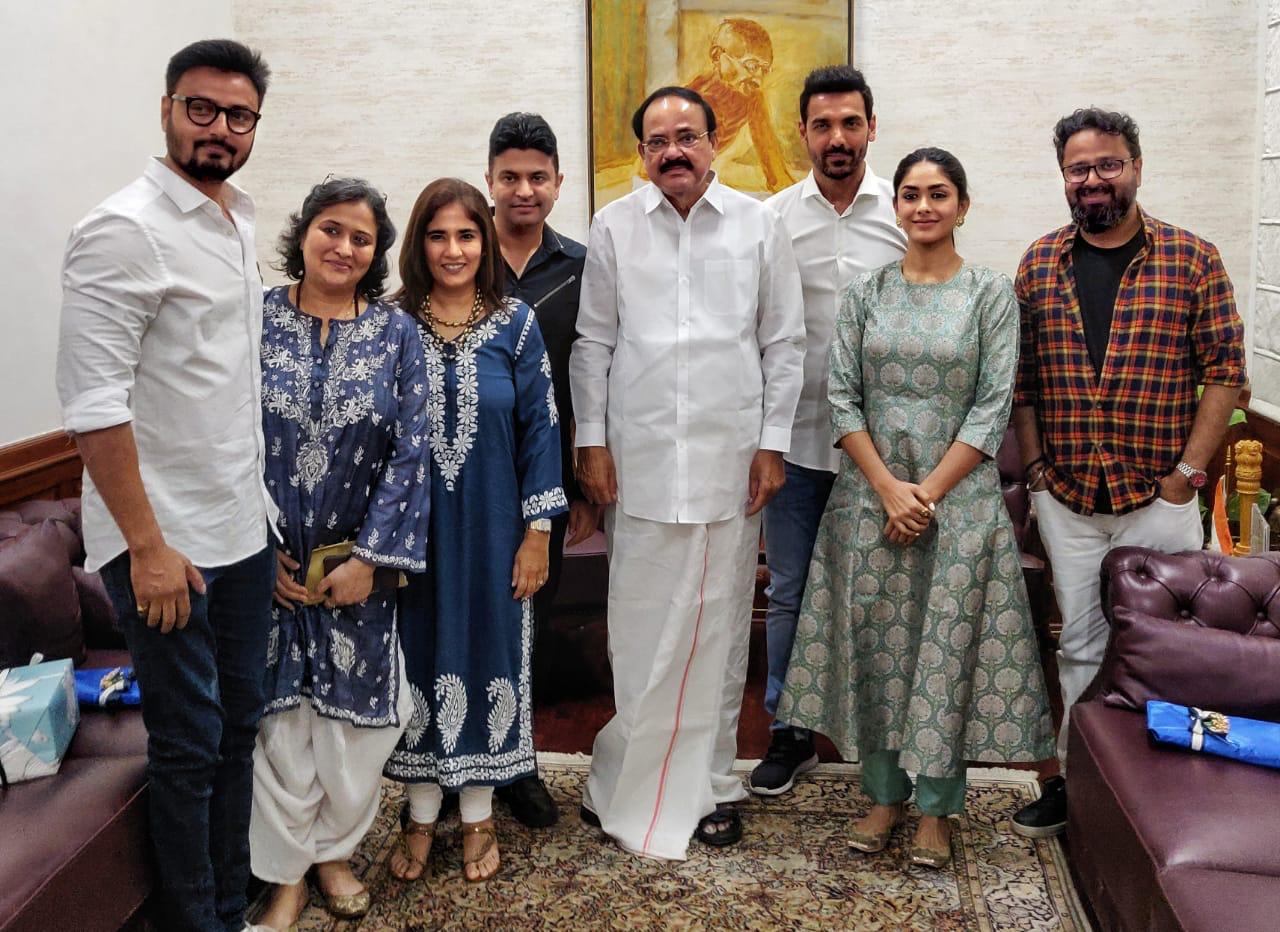 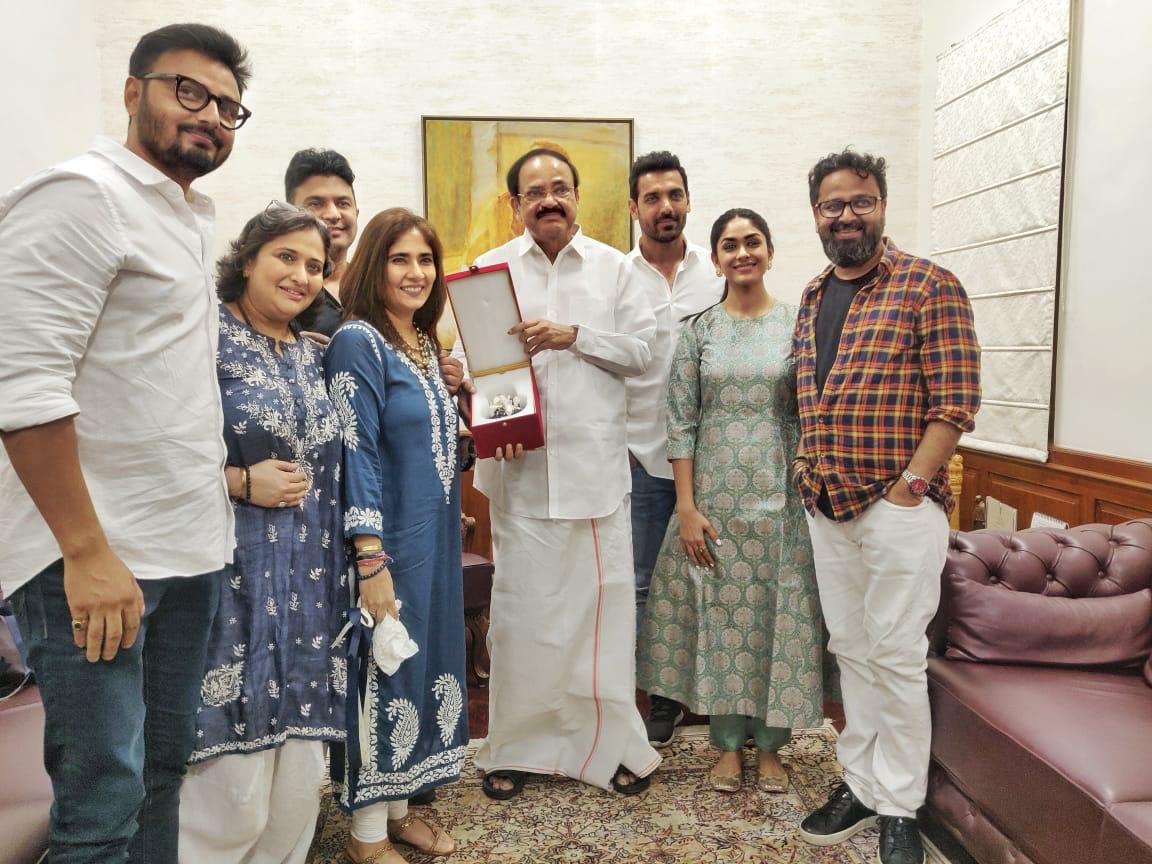 Directed by Nikkhil Advani, Batla House is inspired by the alleged police encounter operation that took place in Delhi, in the wake of the serial blasts of 2008. John essays DCP Sanjeev Kumar Yadav, who spearheaded the operation.

Actors Shri John Abraham and Shri Mrunal Thakur along with the Director Shri Nikkhil Advani and the team of the film #BatlaHouse called on me, in New Delhi today. @TheJohnAbraham @mrunal0801 @nikkhiladvani @BatlaHouseFilm pic.twitter.com/mhZzWGa4NZ

"I love people who work for the nation without selfish motives. Stories of such people inspire me and that is why I love doing films on real subjects. Sanjeev Kumar Yadav is one of such person," John said, adding, "To transform into the role and do justice to the film, I met him and spoke to him several times. Beyond the encounter, he also spoke to me of his personal relationship," John added.