Ever since the release of Shah Rukh Khan's last film Zero in December, there are rumours about the actor's upcoming projects. While there is buzz that the actor will be seen in Farah Khan directorial Satte Pe Satta remake, there are also several other reports claiming that the actor is in talks with Sanjay Leela Bhansali, Rajkumar Hirani, Madhur Bhandarkar and Aditya Chopra.

However, now a leading daily has learnt that his production house Red Chillies Entertainment has bagged the rights of the Spanish show, Money Heist, which is currently in its third season. “Shah Rukh Khan was introduced to Money Heist by one of his partners. He loves the show and believes it can be adapted in the Indian context as a feature film,” revealed a source close to the development. 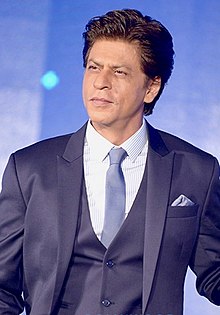 A team of writers is currently working on developing the script of SRK’s film. “There is no clarity on Shah Rukh Khan’s involvement as an actor. At this point of time, he is only producing it,” the source informed, adding that the cast will be decided based on the script. “SRK has always been open to involving other actors in his production ventures.”

Money Heist revolves around a mysterious man who calls himself “The Professor” and recruits eight career criminals.