Advertisement
HomeBOLLYWOODENTERTAINMENT NEWSAkshay Kumar bursts the bubble around Bhool Bhulaiyaa 2, says ' we will be announcing it soon'

Akshay Kumar bursts the bubble around Bhool Bhulaiyaa 2, says ' we will be announcing it soon'

With Bollywood's current obsession with sequels and remakes, the rumour of Bhool Bhulaiyaa 2 being on cards has been generating a strong buzz lately. Recent reports suggested that Anees Bazmee, better known for comedy films like Ready, Singh Is Kinng and Welcome, will be replacing Priyadarshan as the director as he wants to explore the space of horror comedy. What's more? Several publications claimed that it will be Kartik Aaryan, who would step into Akshay Kumar's shoes for the sequel.

However, it looks like the news of Kartik playing the lead in Bhool Bhulaiyaa 2 was nothing but a rumour as Akshay, in an interaction with a leading daily, bursted the bubble around the much-awaited film. When asked if he will be acting in the sequel to Bhool Bhulaiya, Akshay revealed, “We’ll be announcing it soon." Well, who better suited than Akshay himself to take the Bhool Bhulaiyaa franchise ahead.

RECOMMENDED READ: Anees Bazmee roped in to take the Bhool Bhulaiyaa franchise ahead with Kartik Aaryan as the lead? 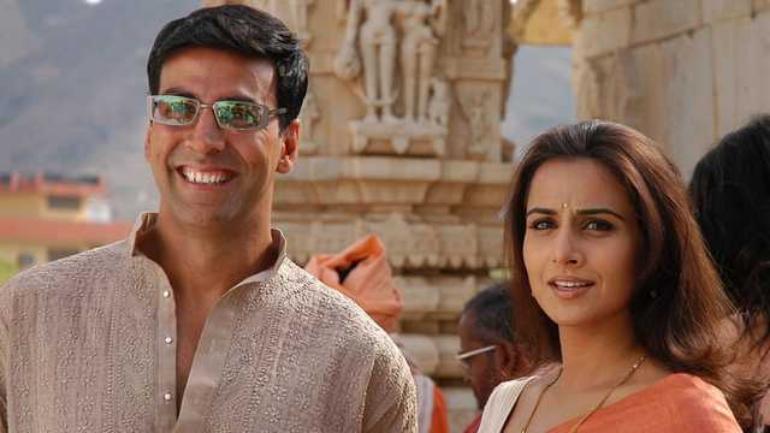 For now, we cannot wait for an official announcement.

Meanwhile, it was apparently Bhushan Kumar, the producer of Bhool Bhulaiyaa, who came up with the idea of a spin-off, considering the success of films like Stree and Golmaal Again. The prequel, which released in 2007, featured Vidya Balan, Akshay and Shiney Ahuja in central roles along with Ameesha Patel, Paresh Rawal, Rajpal Yadav and others in important roles. The film was inspired by Rajinikanth's 2005 Tamil film Chandramukhi, which itself was a remake of Mohanlal's 1993 Malayalam movie Manichitrathazu.

I am the imbecile and childish younger sister, she is the protective a