Advertisement
HomeBOLLYWOODENTERTAINMENT NEWSAnanya Panday carries the baton of her passion project So Positive to Lucknow, interacts with students of a girls college

Ananya Panday carries the baton of her passion project So Positive to Lucknow, interacts with students of a girls college

Spreading more awareness and taking the word to nooks and corners of the country, Ananya Panday was seen passionately promoting her initiative So Postive at Isabella Thoburn College, Lucknow where she met about 4000 students. Ananya, who's currently busy shooting for her upcoming next Pati Pati Aur Woh in Lucknow took out time and met all the college girls in Lucknow. The moment Ananya Panday entered, the auditorium heard the loudest cheer for her as she is the youngest influencer promoting her digital social responsibility initiative, So Positive. At the college, the actress met and greeted the teachers and a massive gathering of 4000 girl students with whom she interacted on the initiative, the intent and her passion.

Ananya is reaching greater heights in her endeavours with her digital social responsibility initiative So Positive and is been receiving love and support from all of her industry peers. Topping it all, this DSR Initiative was highly appreciated by the students of Isabella Thoburn College in Lucknow to such an extent that the actress’s fan hand-painted a T-Shirt of So Positive where despite high demands, the merchandise is still not available. This has made all the fans go bonkers about it and want it on the shelves so that they can wear the T-Shirt and show their support for their star! Ananya was really impressed by the adorable gesture shown by the fan that she also shared a picture of the same hugging the College Student on her social media and captioned it as, "The sweetest little girl with her hand-painted @sopositivedsr T-shirt" 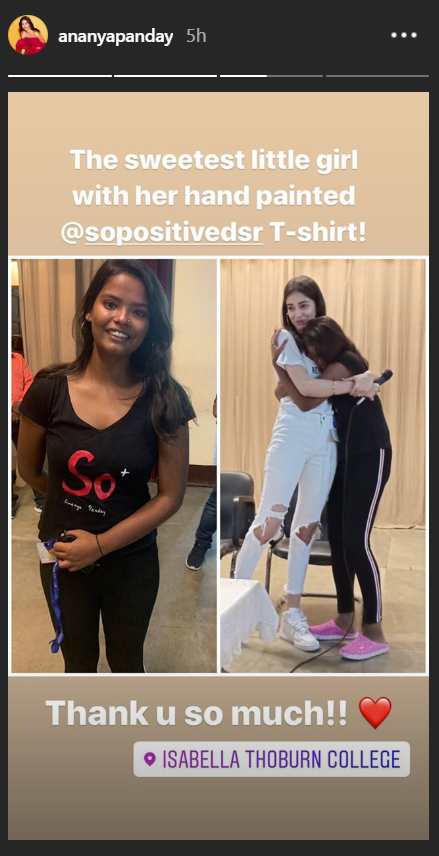 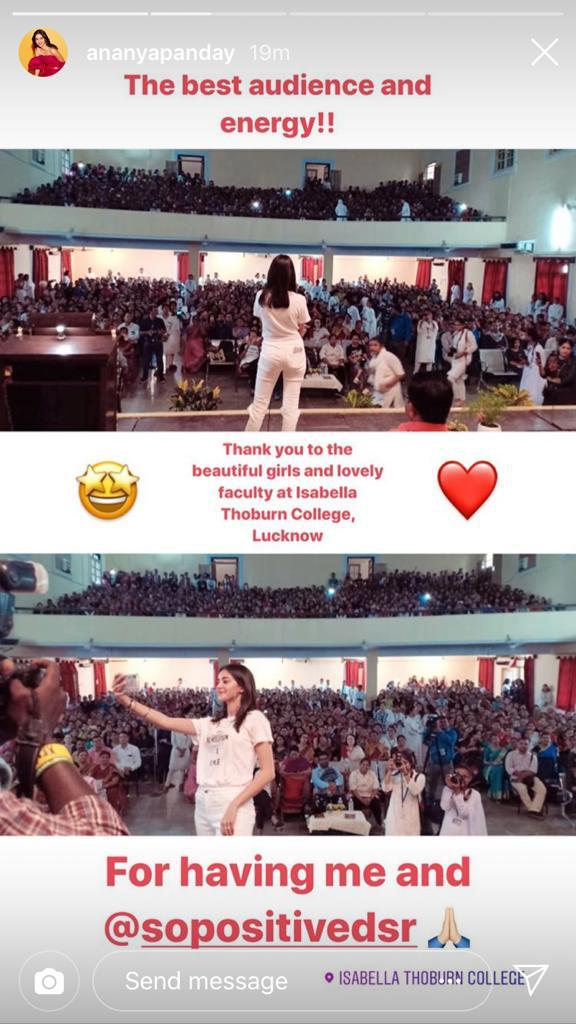 Taking 'So+' to the youth of the nation, @ananyapanday is sparking a conversation to build a community against Social Media Bullying as she visited the Isabella Thoburn College in Lucknow today. #SoPositive #AnanyaPanday #College #Lucknow #isabellathoburncollege 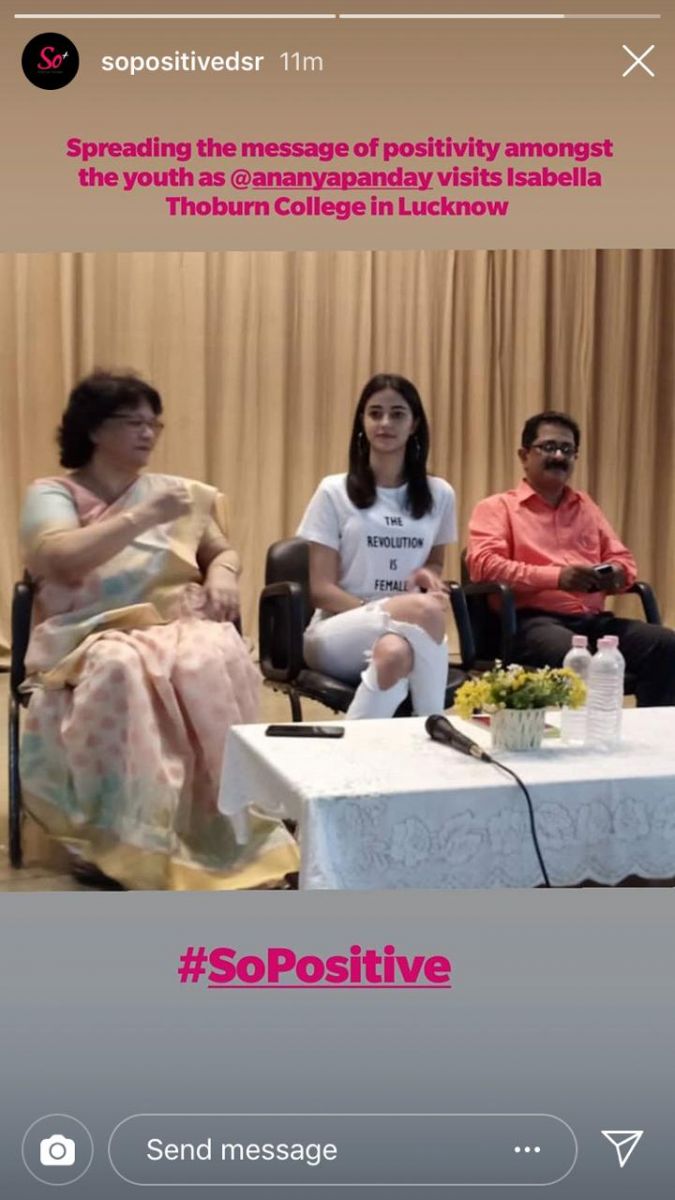 Recommended Read: Decided to bring this up because it's very relevant, says Ananya Panday on announcing 'So Positive' initiative

After the meet and greet, Ananya went to the chapel for prayers and gave an introduction about her unique initiative 'So Positive'. The initiative has gone so viral and it has reached a broader level that one of the students came running to her wearing a 'So Positive' t-shirt claiming to be the biggest fan of Ananya Panday- a proof how the initiative finds resonance with one and all.