Advertisement
HomeBOLLYWOODENTERTAINMENT NEWSHas Akshay Kumar raised his fee to Rs 54 crore per film after a string of box office successes?

Has Akshay Kumar raised his fee to Rs 54 crore per film after a string of box office successes?

Akshay Kumar has always been a bankable star. The actor has been delivering back-to-back hits and has been on a roll for quite some time now. Keeping his box office success in mind a leading daily reported that the actor has decided to hike his fee to Rs 54 crore per film. A trade source revealed to the newspaper, "Akshay is fond of the number nine. When he was working on Rowdy Rathore, he billed the makers for Rs 27 crore. But that was in 2012. Now, Akshay demands a cool Rs 54 crore and gets it too."

The daily further quoted the source, “Sanjay Leela Bhansali had bankrolled Rowdy Rathore, which was directed by Prabhu Dheva. And when Akshay shifted the release date of PadMan last year to get a free run for Padmaavat at the box office, he jokingly asked Bhansali to promise him a sequel. And now that the sequel is happening, the makers realize that they will need to pay him exactly double for it.” 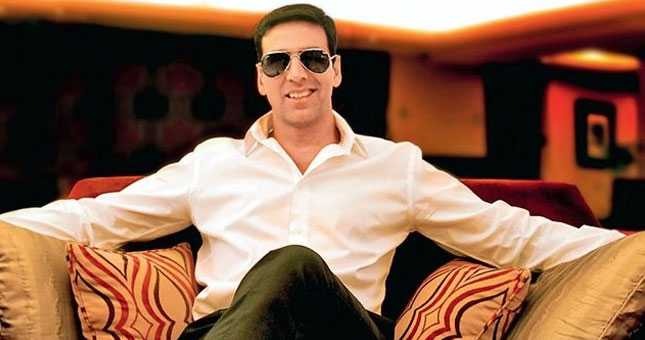 RECOMMENDED READ: ‘When Akshay Kumar or Salman Khan does a film, no one calls it a male-centric film’, says Sonakshi Sinha on the disparity

Akshay was recently featured on the list of World’s Highest-Paid Celebrities of 2019. He was the only Indian to feature on the list. On the work front, Akshay is gearing up for the release of Mission Mangal on August 15. He will also be seen in Rohit Shetty’s Sooryavanshi, Farhad Samji’s Housefull 4, Raj Mehta’s Good News, Laxxmi Bomb and Farhad Samji’s Bachchan Pandey.