Hrithik Roshan has been riding high on the success of his last release, Super 30, which saw him as renowned mathematician Anand Kumar. Ever since then, there have been several reports surrounding the actor's next project. Now if a report in a leading website is to go by, Hrithik has been approached to play Lord Rama in Nitesh Tiwari and Ravi Udyawar’s next based on the holy epic Ramayana. According to a source close to the development, the film will be a live-action trilogy, which will be made in Tamil, Telugu and Hindi. Produced by Allu Aravind, Namit Malhotra and Madhu Mantena, the project will reportedly be mounted on a whopping budget of Rs 500 crores and will be shot in 3D. The report further stated that Hrithik has already given his nod to the project, which might turn out to be his most ambitious film till date.

What's more? We hear that Madhu Mantena is keen on getting Deepika Padukone for the role of Sita. If it all goes well, it will be a delight to watch Hrithik and Deepika collaborate for the first time, that too in a project like this. 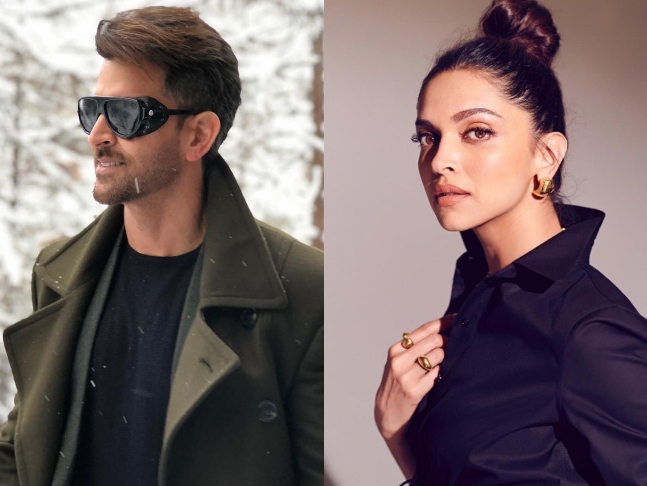 RECOMMENDED READ: 'There are extreme highs and lows that Romi Dev goes through': Deepika Padukone on playing Kapil Dev's wife in Ranveer Singh-led '83

Meanwhile, talking about the project, Nitesh told another website that he is excited to work in Ramayana. “I am looking forward to work in ‘Ramayan’, something that I am really excited about. Once done with ‘Chhichhore’, I will go back to start working for ‘Ramayan’. It is a challenge for me as I have a sense of responsibility to bring the project in its true form of glory for the country," he added.

Workwise, Hrithik's Super 30 has already crossed Rs 100 crore mark while Deepika is looking forward to her films, Meghna Gulzar’s Chhapaak and Kabir Khan’s '83, which pairs him opposite husband Ranveer Singh.