Advertisement
HomeBOLLYWOODENTERTAINMENT NEWS'You should not question her for her life choices': Dangal director Nitesh Tiwari on Zaira Wasim's sudden exit from Bollywood

'You should not question her for her life choices': Dangal director Nitesh Tiwari on Zaira Wasim's sudden exit from Bollywood

Zaira Wasim, the Kashmiri girl who became famous overnight after her superb debut in Aamir Khan's Bollywood blockbuster Dangal, recently decided to say goodbye to the world of showbiz. In a detailed post on her Facebook page the 18-year-old cited religious reasons for her decision to quit her promising career in Bollywood. Her decision sent shock waves across the film fraternity and many industry insiders considered it a huge loss with such a talented actress quitting Bollywood so early. Well, why not? The actress delivered a praiseworthy performance in her second outing Secret Superstar as well.

In a recent interaction with a daily, Zaira's Dangal director Nitesh Tiwari once again spoke about her decision to quit the films. "I felt a sense a loss when I heard about her. I believe that she’s a terrific performer and it’s pretty evident in ‘Dangal’ and ‘Secret Superstar’. Also, I felt a little more than what others felt because it is not just a loss of talent for the industry, it is a loss for me as she debuted with my film," the filmmaker was quoted as saying. He further added that nobody has the right to question Zaira's life choices and hoped that she finds what she is seeking. "In the end, all of us have to be mature enough to realise that everybody has the right to choose his or her life, the way he or she wants to live. And just the way you would not want anybody to question you for your life choices, you should not question her for her life choices. It’s her life and she has every right over it. I hope she finds what she is seeking and I wish her always best of luck for everything she does in her life," Nitesh asserted. 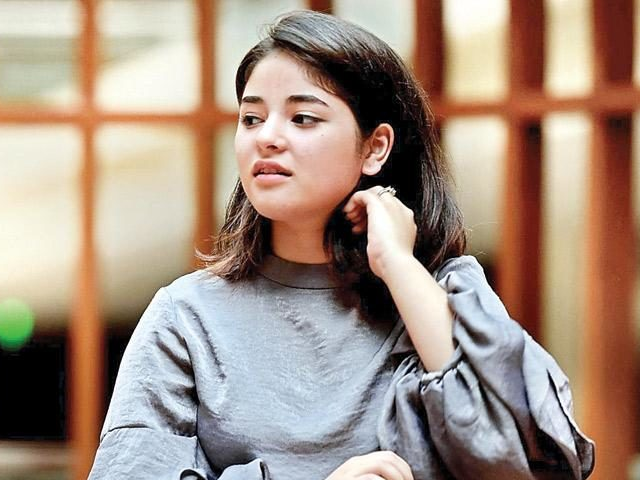 Meanwhile, Zaira will next be seen in Shonali Bose directorial The Sky is Pink, co-starring Priyanka Chopra and Farhan Akhtar. It will be Zaira Wasim's last Bollywood film.