Advertisement
HomeBOLLYWOODENTERTAINMENT NEWSThat entire period was traumatic for me: Rishi Kapoor on not being around for his mother late Krishna Raj Kapoor's last rites

That entire period was traumatic for me: Rishi Kapoor on not being around for his mother late Krishna Raj Kapoor's last rites

Rishi Kapoor, who has been living in New York for almost 10 months now, opened up about how he could not be in India for the last rites of his mother late Krishna Raj Kapoor. The actor, who had left for the US on September 29 last year, could not be in Mumbai for his mother's rituals as she passed away on October 1.

When asked how traumatic it was for him to not be around when his mother Krishna Raj Kapoor had passed away, he said, "That was very unfortunate. I left for the US on September 29, and my mother passed away on October 1. She knew that I had contracted a serious disorder. That entire period was traumatic for me. I was caught up with my problem. I didn’t know what to do, and I didn’t have an option because I had to be here in New York. My brother told me that by the time I would get back, it would be too late. Also, I didn’t have the stamina or strength to come back." 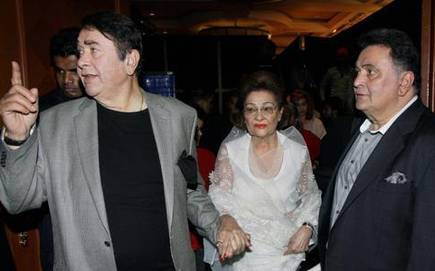 Recommended Read: Maybe, I have forgotten acting, never stayed away from the camera for such a long time: Rishi Kapoor

The actor plans on coming to India by August end and resume his work life again.