Indian actress Priyanka Chopra shared a special message to her 'J Sister' and actress Sophie Turner on her Game of Thrones Emmy Nomination. Television's Emmy awards on Tuesday announced the nominations and Turner was among one of the nominees for essaying the role of Sansa Stark in the popular series. She has been nominated under Best Supporting Actress in a Drama Series category.

Priyanka took to her Instagram story to praise her sister-in-law. She put out a post to laud the nominees. She wrote, "Congratulations to all of the Emmy nominees this year, but especially to you Sophie. We love you and are so incredibly proud of you." 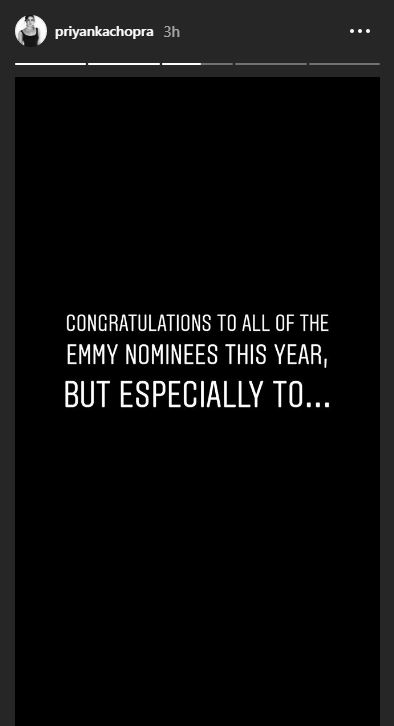 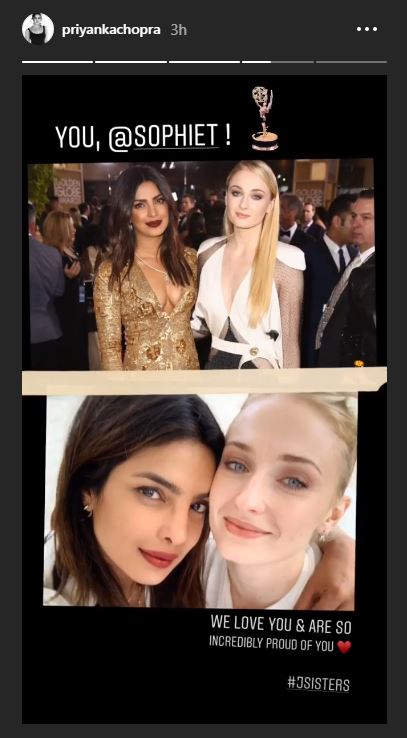 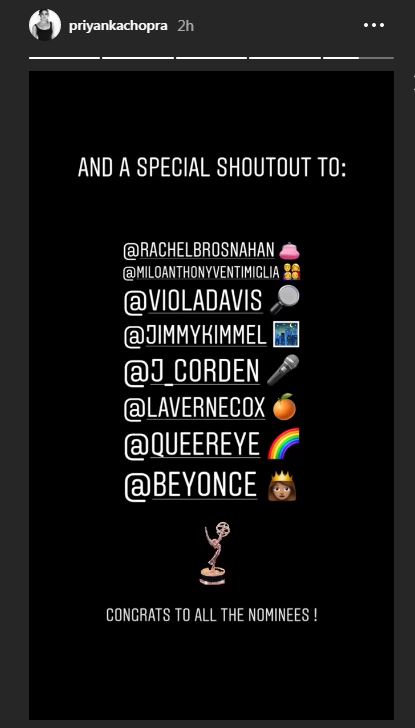 Turner's husband Joe Jonas shared a photograph of the actress on his Instagram story and wrote that he is "incredibly proud of her". 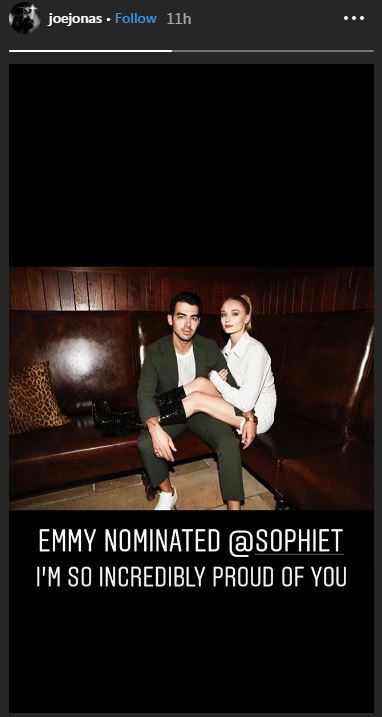 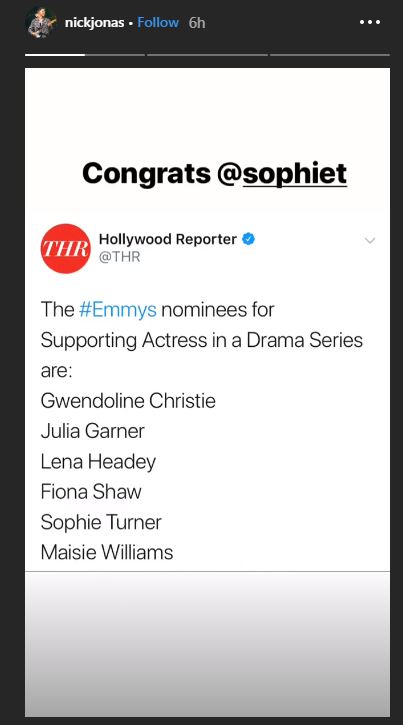