Kartik Aaryan will be seen sharing screen space with Bhumi Pednekar and Ananya Panday in Pati Patni Aur Woh, an adaptation of B.R. Chopra's 1978 film with the same title. The original film starred late actor Sanjeev Kumar, Vidya Sinha and Ranjeeta Kaur in the lead roles. Directed by Mudassar Aziz and produced by Bhushan Kumar, Krishan Kumar, Renu Chopra and Juno Chopra, the upcoming film is a comical take on extra-marital affairs and it went on floors in February for a 10-day schedule in Mumbai. However, post that, Kartik went on to wrap up Imtiaz Ali's next with Sara Ali Khan, Bhumi got to her Saand Ki Aankh shooting and Ananya devoted time to the promotions of her debut film, Student Of The Year 2.

However, we now hear that the trio is all set to reunite for a 50-day schedule in Lucknow, starting from July 9 and continuing till the end of August. “Since the songs are mostly situational, the makers also plan to shoot them in Lucknow. Following this schedule it’s a wrap for the film except for some patch-work which will happen later,” a source close to the development informed a leading daily. Producer Juno Chopra further confirmed the news to the publication, saying, “We will return with the complete film.” 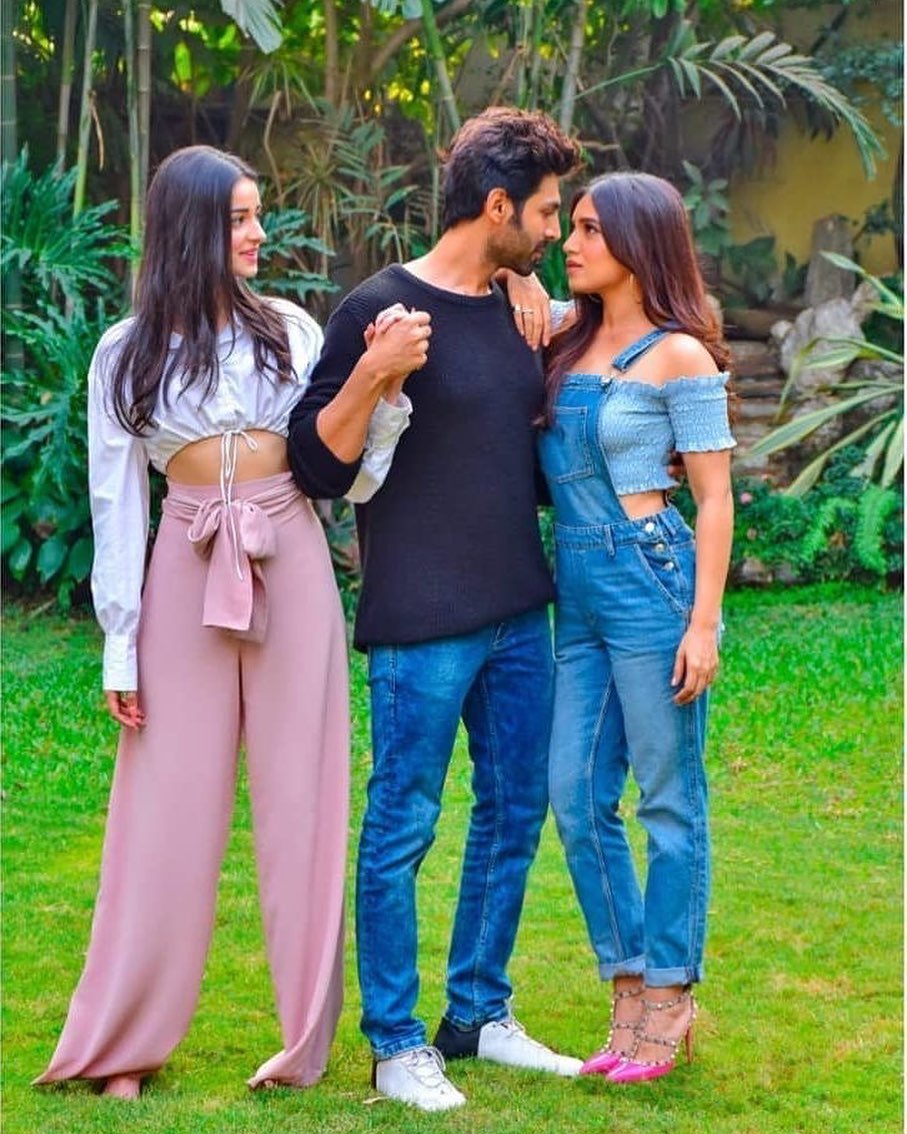 While Ananya would be playing the secretary in Pati Patni Aur Woh remake, Bhumi and Kartik would be seen as a married couple with a child. “Like all remakes, the screenplay has been tweaked in keeping with modern sensibilities while retaining the essence," added the source.