Zaira Wasim, the Kashmiri girl who became famous overnight after her superb debut in Aamir Khan's Bollywood blockbuster Dangal on Sunday said she has decided to say goodbye to her film career as "relationship with my religion threatened". In a detailed post on social media, the 18-year-old cited religious reasons for her decision to quit her promising career in Bollywood.

"Five years ago I made a decision that changed my life forever. As I stepped my foot in Bollywood, it opened doors of massive popularity for me. I started to become the prime candidate of public attention, I was projected as the gospel of the idea of success and was often identified as a role model for the youth. However, that's never something that I set out to do or become, especially with regards to my ideas of success and failure, which I had just started to explore and understand. As I complete 5 years today, I want to confess that I am not truly happy with this identity, that is, my line of work. For a very long time now it has felt like I have struggled to become someone else. As I had just started to explore and make sense of the things to which I dedicated my time, efforts and emotions and tried to grab hold of a new lifestyle -- it was only for me to realise that though I may fit here perfectly, I do not belong here. This field indeed brought a lot of love, support, and applause my way, but what it also did was to lead me to a path of ignorance, as I silently and unconsciously transitioned out of 'Imaan' (a Muslim's steadfast path in Allah's devotion). While I continued to work in an environment that consistently interfered with my Imaan, my relationship with my religion was threatened," she wrote.

Zaira continued, "As I continued to ignorantly pass through while I kept trying to convince myself that what I was doing is okay and isn't really affecting me, I lost all the 'barakat' (fulfilment bestowed upon a devout Muslim by Allah) from my life. Barakat is word whose meaning isn't just confined to happiness, quantity or blessing, it also focuses on the idea of stability, which is something I struggled with extensively. I was constantly battling with my soul to reconcile my thoughts and instincts to fix a static picture of my Imaan and I failed miserably, not just once, but a hundred times. No matter how hard I tried to wrestle to firm my decision, I ended up being the same person with a motive that one day I will change and I will change soon. I kept procrastinating by tricking and deluding my conscience into the idea that I know what I am doing doesn't feel right but assumed that I will put an end to this whenever the time feels right and I continued to put myself in a vulnerable position where it was always so easy to succumb to the environment that damaged my peace, imaan and my relationship with Allah." 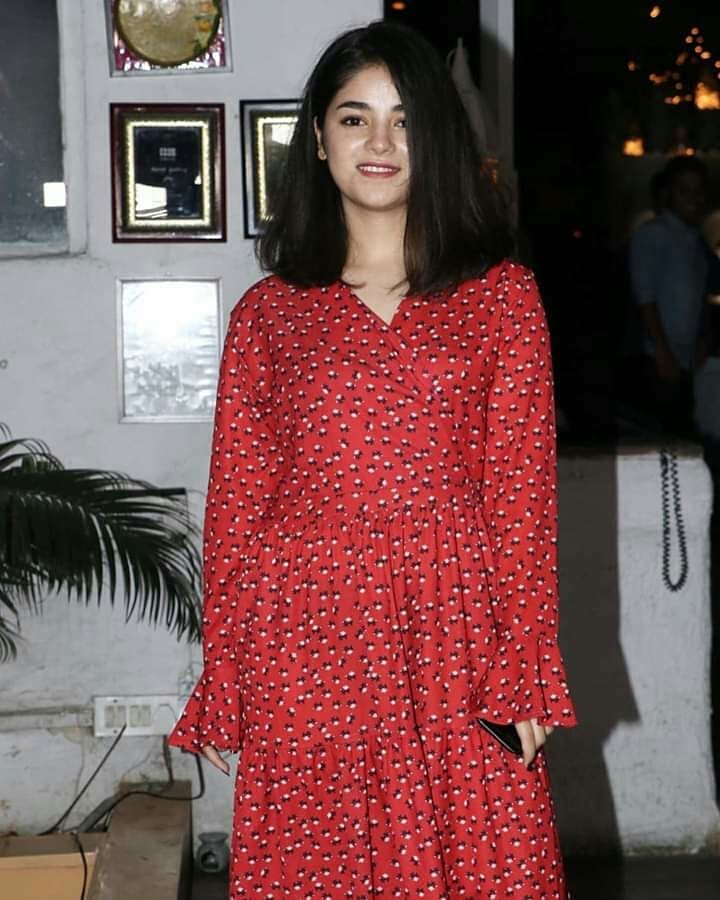 The actress, who also starred in Secret Superstar, further added, "I continued to observe things and twist my perceptions as I wanted them to be, without really understanding that the key is to see them as they are. I kept trying to escape but somehow I always ended up hitting a dead end, in an endless loop with a missing element that kept torturing me with a longing I was neither able to make sense of nor satisfy. Until I decided to confront my weakness and began to strive and correct my lack of knowledge and understanding by attaching my heart with the words of Allah. In the great and divine wisdom of the Quran, I found sufficiency and peace. Indeed the hearts find peace when it acquires the knowledge of its Creator, His Attributes, His Mercy and His commandments. I began to heavily rely upon Allah's mercy for my help and guidance instead of valuing my own believability. I discovered my lack of knowledge of the basic fundamentals of my religion and how my inability to reinforce a change earlier was a result of confusing my heart's contentment and well being with strengthening and satisfying my own (shallow and worldly) desires."

Meanwhile, Zaira will be seen playing a lead in Priyanka Chopra and Farhan Akhtar starrer, The Sky Is Pink.