Indian films releasing internationally and doing a great deal of business there is becoming a more and more common phenomenon. Especially with markets like China opening up, Indian films are now traveling more than ever before. One such market has been Russia which has had a deep-rooted connect with Bollywood for years now. One such film right now that is creating waves in Russia is Barun Sobti's 22 Yards. Directed by Mitali Ghoshal, the film has been recording tremendous response from the audiences, given the film is an indie genre and despite being made on a limited budget, 22 Yards has managed to get a vast release with 100 screens. This feat is rare as most indie films get a restricted release in just a handful of screens or are usually at max shown at film festivals in Russia.

The film has been running in the country for over 3 weeks and there’s no stopping to its success as yet. As it gears for a record in the market, the film has been performing well owing to Barun’s television popularity. 22 Yards, despite being a small budget independent film, surprisingly got a wide release, a first of its kind for a film with no big ticket stars helming the project. The film was welcomed with great praises for the lead cast including Amartya Ray who essays the role of a young cricketer. Amartya is popular singer-actor who has been lauded for his earnest portrayal in the film. After it’s continued success, 22 Yards will soon release in yet another less explored market, Kazakhstan. 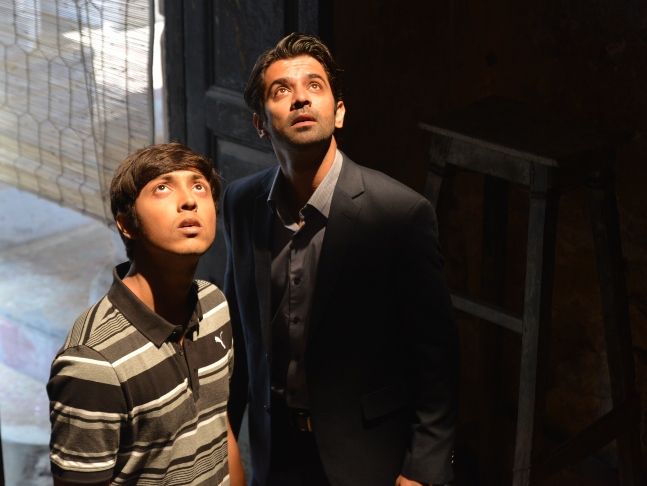 Recommended Read: Barun Sobti opens up about parenthood: You learn along the way when your baby comes

The film circles around the story of a sports manager who loses his credibility and career in an alleged booking scandal. The manager played by Sobti has to revive his career by convincing a new and upcoming young player to make him a major league sportsman. The film also stars Rajit Kapur, Panchi Bora and Chaiti Ghoshal.

Speaking about the success, Barun said, “It’s really amazing to know that the film has been doing so well in Russia. It’s been 3 weeks since it’s release and it’s rare or almost never that a smaller independent film like ours releases so widely in a country like Russia. It’s a big market for big-ticket films, however, the fact that a modest film like ours has done exceptional business is extremely rewarding. I’m glad the film has got this new lease and is getting a new way to travel internationally and achieve such feats. And post the success in Russia, we are soon headed to Kazakhstan.”

Adding to his thoughts, director Mitali said, “It is very nice to know that people in Russia loving our film. it's 3rd week running and hopefully, it might go to 4th. films are made for the audience so the love wherever it is makes the whole team happy. I wud really like to thank our distributor in Russia. he distributed the rim very positively. so even being a small independent film we got a good release.”

Amartya concluded by saying, “I am really excited the first time that heard that 22 Yards is traveling to Russia because having a film travelled to the international city itself is a big deal and it was really exciting for the whole cast and crew and this being my debut film I myself was quite happy with this. You know just the fact international audiences were being able to see our performances, listen to the songs that I created,  it meant a lot to me, its really special that my film has travelled abroad and the double bonanza and the double excitement is because people there have given us lovely response they are liking the film there and they are saying that it's really different from usual Bollywood films they see there. They are liking the characters and the style of the film. I am quite happy about the success that 22 Yards has gathered in Russia. It also re-released in London and Kolkata which is one of the oldest cinemas, its always been there in Kolkata that's also  special that been my hometown getting re-releases is nice..really glad about the journey of our film.”