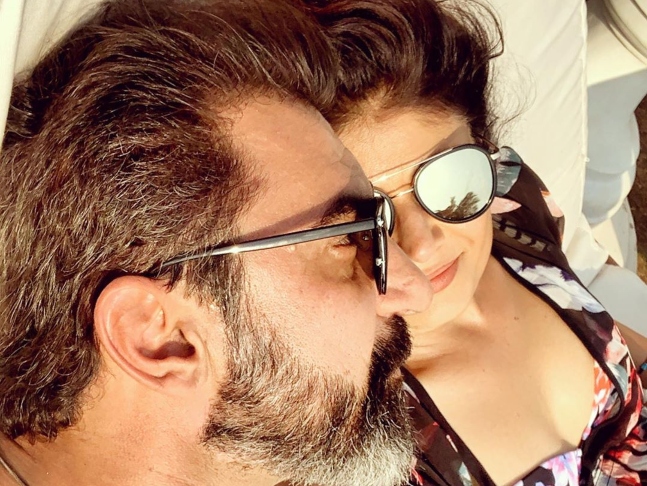 Do you remember actress Pooja Batra, who rose to fame with her act in Virasat? The 42-year-old Bollywood celeb has been grabbing a lot of attention, not for any upcoming projects but for her alleged relationship with Tiger Zinda Hai actor Nawab Shah. Apparently, Pooja has found her 'soulmate' in Nawab and the two have been engaging in social media PDA. Not to miss, their pictures from a romantic holiday have been trending on the internet.

For those caught unaware, Pooja instagrammed a 'Follow Me' picture of herself and Nawab, earlier this week. Nawab, too, posted the picture on his Instagram page and wrote: "Happiness."

On the occasion of Eid, Nawab shared another 'Follow Me' shot and tagged Pooja in the picture. He captioned it as, "It took 46 years for my soul to be ready and then my mate appeared. Eid Mubarak, soulmate."

It took 46 years for my soul to be Ready , and then my mate appeared . Eid Mubarak soulmate. Eid Mubarak to all

Apart from that, Nawab had also shared a few pictures from their holidays. Check them out:

We have nothing to lose and a world to see

Well, it seems the two are very much in love.

Pooja was the second runner-up at the Miss India pageant in 1993. She debuted in Bollywood in 1997 film Vishwavidhaata, and went on to star in films like Virasat and Bhai. She was last seen in 2017 film Mirror Game. Nawab, on the other hand, has featured in several Bollywood films including Musafir, Lakshya, Don 2, Bhaag Milkha Bhaag and Dilwale.