One of the most awaited and anticipated films of the coming year SS Rajamouli’s RRR’s overseas theatrical rights have been sold for a whopping Rs 70 crore to Phars Films. Phars Films is a film distribution house based in Dubai. RRR is made on a staggering budget of Rs 300 crore and is one of the most expensive films ever made in India. Apparently, the makers had shown one of its action sequences to the officials of Phars Films, who sealed the deal without a second thought.

According to media reports, the film’s first schedule has already wrapped up and the makers are now looking forward to the second schedule. The film stars Ram Charan and Jr NTR as well as Alia Bhatt, Samuthirakani and Ajay Devgn. The film narrates the stories of well-known revolutionaries Alluri Sitarama Raju and Komaram Bheem. 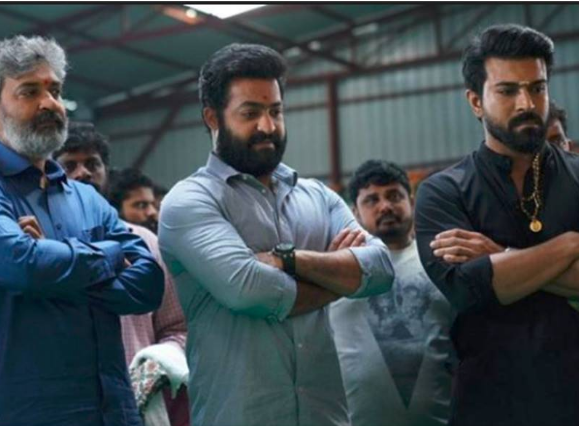 Talking about the film, Rajamouli had earlier said, “This will be a fictional story on the lives of Alluri Sitarama Raju and Komaram Bheem. There are gaps in the lives of these legendary freedom fighters that we don’t know about. We don’t know what happened in their lives in these years. It is through this fictional story we’d like to show what could have happened in their lives and what would have happened if they met and bonded.”

RRR is slated to release in ten Indian languages worldwide on July 30, 2020.

Ugadi 2021: Ram Charan and Jr. NTR appear in a celebratory avatar in new poster from ‘RRR’

PeepingMoon Exclusive: Karma comes around to bite Kartik Aaryan as Akshay Kumar is signed for ‘Dostana 2’