The showdown between Sunny Deol and Shah Rukh Khan on the sets of Yash Raj Films’ Darr is a part of Bollywood folklore. The film released in 1993 and helped cement SRK’s place in the film industry and brought him an immense fan following. The film was directed and produced by Yash Chopra. Following the showdown, Sunny did not work with Chopra and didn’t talk to SRK for 16 years. However, in a recent interview Sunny elaborated and explained what had displeased him about the film.

In the interview, when Sunny was asked whether Shah Rukh and Yash Chopra were scared of him on the sets of Darr, he said, “I guess, they must be scared because they were wrong." Sunny was asked if he didn't talk to Shah Rukh for 16 years after the film. He replied, "It's not that I didn't talk but I just cut myself off and I anyway don't socialize much. So we never met, toh baat karne ki baat he nahi hai." 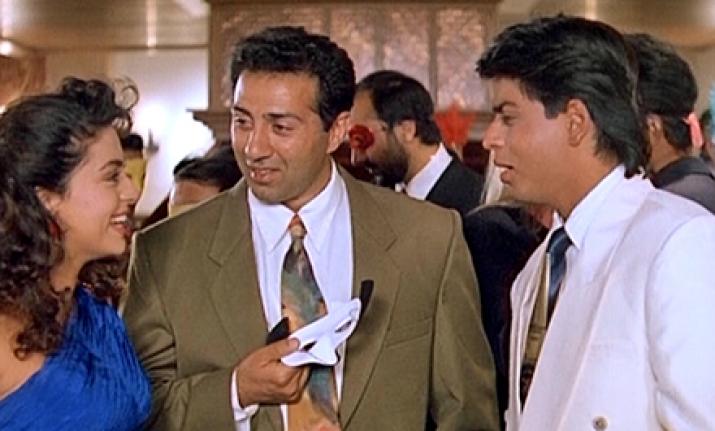 RECOMMENDED READ: 'My ray of sunshine through everything': Karan Deol pens a heartfelt poem for his dad Sunny Deol on Father’s Day

He further elaborated on the instance and said, “I was doing a scene in the film where Shah Rukh stabs me. I had a heated discussion with Yash Chopra regarding that scene. I tried explaining that I am a commando officer in the film, my character is an expert, I am very fit, then how can this boy (Shah Rukh's character in the film) beat me easily. He can beat me if I can't see him. If he can stab me while I am looking at him, then I won't be called a commando."

'I did not speak to Shahrukh Khan @iamsrk for 16 years after that tiff on 'Darr' sets', Actor Sunny Deol @iamsunnydeol in #AapKiAdalat

Sunny further added, “Since Yash ji was old, I respected him and couldn't say anything. I put my hands inside my pocket as I was very angry. Soon, out of anger, I didn't even realize that I had ripped my pants with my hands." Sunny had disagreements with director Yash Chopra as well. He had earlier told an entertainment magazine in an interview, “I’ll never work with Yash Chopra again. He isn’t a man of his words. I don’t have good memories of him; he betrayed my faith in him.”

Darr was a huge hit and catapulted Shah Rukh to the numero uno spot of actors despite playing an obsessive negative character. The film also starred Juhi Chawla in the lead.