'It’s like dream come true,' says Ranveer Singh during his stint as the India VS Pakistan World Cup match presenter

Ranveer Singh, as the sports presenter for India VS Pakistan match during the ICC World Cup 2019 has kept us entertained with his interesting cameo. The actor who has replaced the renowned sports presenter Jatin Sapru, interacted like a professional with decorated cricketers like Sunil Gavaskar, Virender Sehwag, Harbhajan Singh, Brian Lara and Ramiz Raja before the match began. He was later joined by Jatin who he teased earlier in the Class of '83 show. During his stint as the presenter, Ranveer said it's like a dream come true for him as he got a chance to sit beside the cricketing legends.

"It’s raining legends, and for me, it’s like dream come true; sitting next to Virender Sehwag – we are chatting and commentating. The India-Pakistan match is happening; one side I see Sachin Tendulkar and the other side I see Brian Lara, Waqar Younis, Wasim Akram – it’s a great feeling,” Ranveer told. 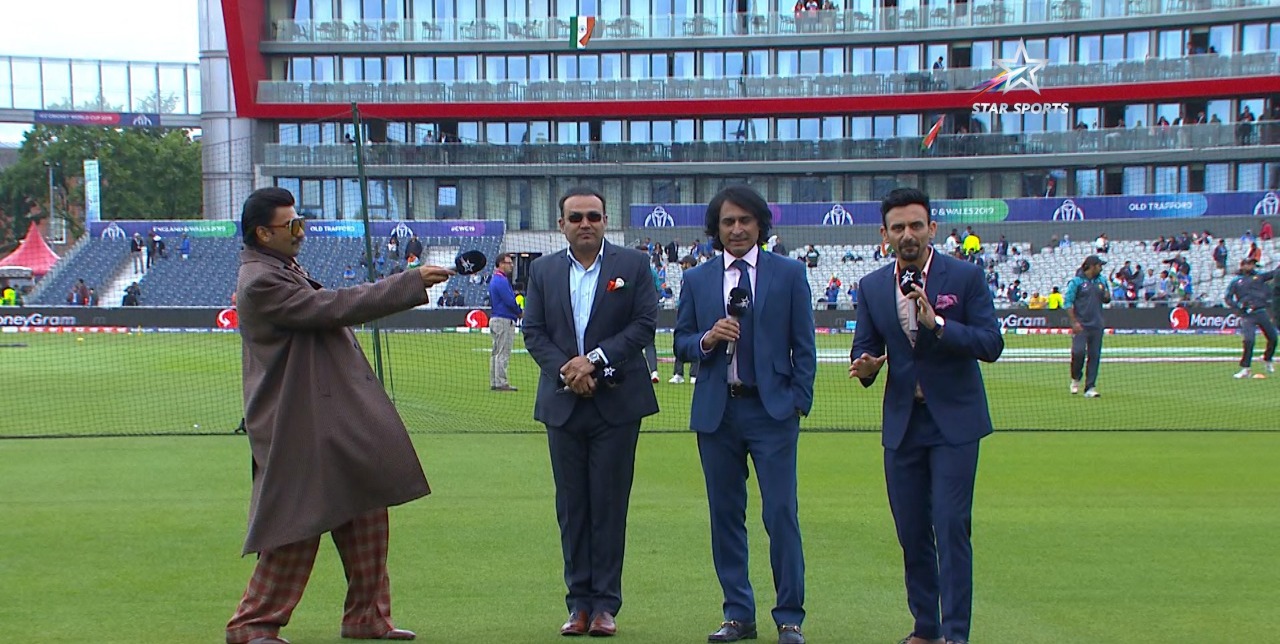 Ranveer appeared on the channel Star Sports and a live streaming app Cricket Live while the match was going on at real time. Dressed in an oversized jacket and trousers, Ranveer threw a muffler to add the vintage charm. He rounded off his look with a pair of funky sunglasses.

Ranveer is currently shooting for his film '83 in Glasgow. The film is based on India's win during World Cup 1983 against West Indies. Ranveer will be playing the role of the former Indian team captain Kapil Dev while his reel wife will be played by his real wife Deepika Padukone. '83 releases on April 10, 2020.