Diljit Dosanjh during a promotional event for his upcoming Punjabi film Shadaa opened up about his debut Bollywood film Udta Punjab's experience. Diljit told that because of his work in Punjabi film industry, he secured an important role of Sartaj Singh in the film and confessed to be a fan of Abhishek Chaubey, the director of the film.

"It was only because of my work in Punjabi films that I got work in Bollywood. It was my film Punjab 1984 after which I bagged Udta Punjab. I am grateful to Phantom films and Abhishek Chaubey sir. I am a big fan of his work and team. He called me and said that I want to cast you in my film. Back then, I had very little idea about Hindi films," Diljit said. 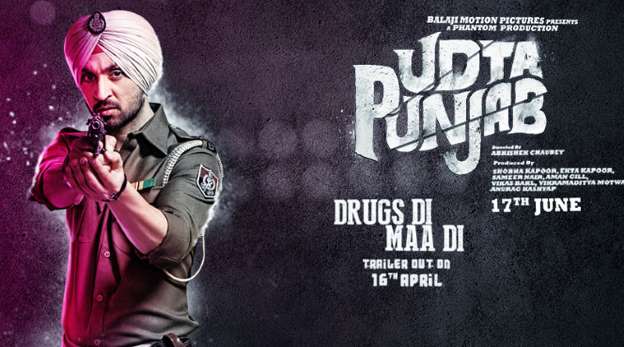 Recommended Read: I like exclusive pieces that no one else has: Diljit Dosanjh reveals why he does not have a stylist

Diljit continued by saying he had no clue about the makers of the film when he travelled to Mumbai for work purpose but got to know them through phone calls followed by a face to face meeting. "I used to come to Bombay to make music but had never met Abhishek sir. I had no idea who these people were but I finally did meet him after that phone call. I walked up and said I will do the film if the role is good otherwise I will not do it. Even they felt that I was quite a raw performer because of that,” Diljit quoted.

The Shadaa actor added, "Abhishek sir sat me down and said that the story is good, hear it out. The next day, he narrated the whole story, A to Z. He did not just pick my character's dialogues from the middle, unlike other directors. Many directors will narrate a film but shoot it entirely different. Udta Punjab was shot exactly the way it was narrated by Abhishek sir. That was what made it different.I'm glad the film was liked by people and got critical acclaim the way it did."