A picture of the two posing with fans outside the temple is being widely shared by fan clubs on Twitter and Instagram and it's making all Ranbir-Alia fans super happy. 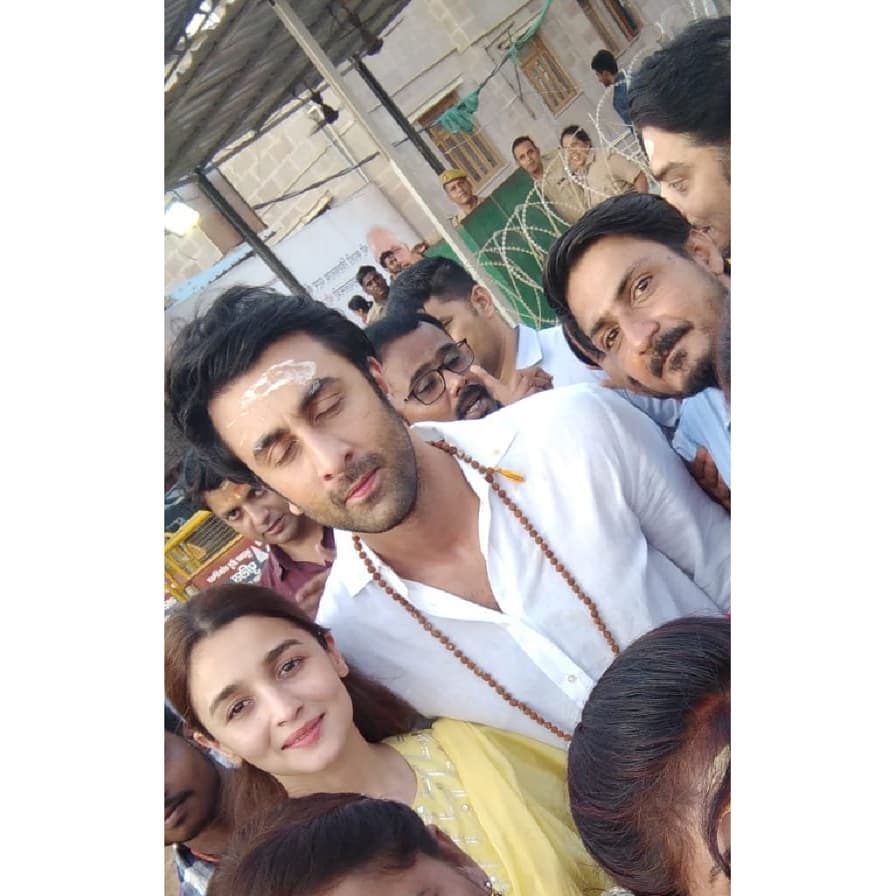 Recommended Read: Alia Bhatt and Ranbir Kapoor shoot under the moonlight for Brahmastra in Varanasi

In April, Brahmastra director Ayan Mukerji went to Varanasi for a recce and shared pictures from the city. "My attempt with the Brahmastra Trilogy to feature different places of India, and attempt to capture its infinite beauty," he wrote.

Varanasi ... my attempt with the Brahmstra Trilogy to feature different places of India, and attempt to capture it’s infinite beauty #thesearchforbrahmastra

If reports are to be believed, Ranbir and Alia are in Varanasi for a 20-day schedule. According to a report in a leading daily, the film will be shot at the Ramnagar Fort and Chet Singh Fort in Varanasi.