Advertisement
HomeBOLLYWOODENTERTAINMENT NEWSShe should be married and produce children: Salman Khan takes a funny jibe at Katrina Kaif, talks about her alternative career

She should be married and produce children: Salman Khan takes a funny jibe at Katrina Kaif, talks about her alternative career

Salman Khan always has some funny answers up his sleeve whenever he interacts with the media and more often than not ensures to pull his co-star's legs as well making them squirm but laugh out loud at his jokes. Recently, at a media interaction, he was asked to name an alternative career for his Bharat co-star Katrina Kaif and the actor did not pick any profession. Instead, he said that she should settle down in holy matrimony and start a family at the earliest.

In an interview, Salman was asked that if Katrina was not an actor what she would be. To this, Salman said, “She should be married and produce children." Katrina, who was taken aback by this reply, proceeded to explain the question to Salman saying that the interviewer is asking about a profession. However, Salman stuck to his guns and insisted that marriage and kids also take a lot of effort. 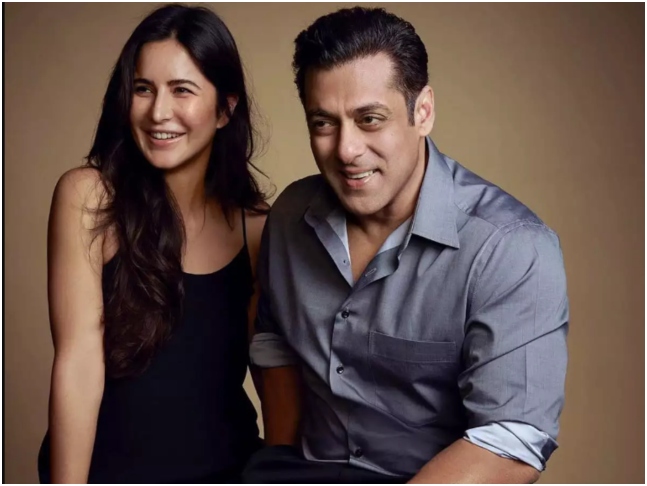 RECOMMENDED READ: I said we can adjust 2-3 days, but she chose marriage over Bharat: Salman Khan opens up about Priyanka Chopra-Nick Jonas' proposal

Salman and Katrina were in a relationship quite a few years back but after breaking-up, the actress dated Ranbir Kapoor for a while whereas Salman is right now rumoured to be in a relationship with Iulia Vantur. Ranbir and Katrina broke up three years back but the actress is still single. They will be sharing screen space in Ali Abbas Zafar’s directorial Bharat that is all set to release on June 5.