Advertisement
HomeBOLLYWOODENTERTAINMENT NEWSDid you know, just like millions of people Salman Khan is also a fan of Game of Thrones?

Did you know, just like millions of people Salman Khan is also a fan of Game of Thrones?

Salman Khan is on a promotional spree for his upcoming period drama Bharat and hence he is not shying away from answering any questions and even revealing his future projects. During a media interaction today, the actor spoke about his love for web shows and how he watched them at a stretch. However, he did reveal about the fact that he is looking into venturing on the digital platform but not as an actor but as a producer.

During the interaction, Salman was asked whether he watched web shows and which show is he currently watching. To this, he said, “So I start off with these web shows and I watch full seasons. I was watching Game of Thrones but I have stopped. I watched the first episode of the fourth season phir ek break laga gaya tha so I couldn’t see the full thing. I watched four seasons. Then I watched Vikings. Vikings is outstanding, then Taboo. I watched Money Heist.” 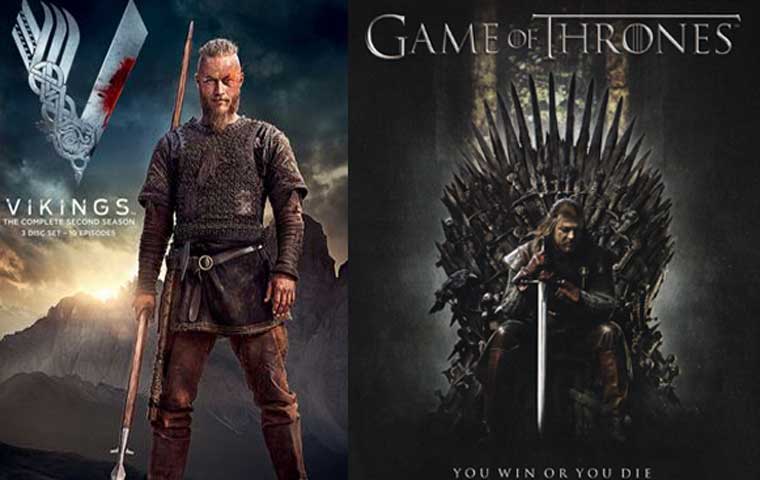 RECOMMENDED READ: My content is going to be 'Hum Aapke Hain Koun' type: Salman Khan on the kind of web shows he wants to do

When Salman was further prodded about his interest in web series and TV he said, “Yes there is something in the pipeline. I will not feature in any web show. However, our Indian sensibilities are different so we need to make web content keeping that in mind. Basically TV I started because a lot of friends with whom we cannot work within films are big names on television, so I started TV for that.”

Well, looks like Salman is going the Shah Rukh Khan way who is busy producing shows and films for digital platforms but is not keen on venturing on the medium as an actor. Nevertheless, we are sure Salman would come up with something interesting soon.

Thappad nahi, kaam se maaro: Priyanka Chopra Jonas to Anubhav Sinha as he praises her for making a mark despite being pulled down

The film has all the elements of fun, love, lust and horror: Neha Sharma to frontline the Hindi remake of Hungarian film 'Liza The Fox-Fairy' titled 'Aafat-e-Ishq'

The pressure is less in web because there is no discussion on box-office figures: Abhishek Bachchan on making his OTT debut with 'Breathe: Into The Shadows'

Today marks 1 year since the ground beneath me seemed to crumble: Sanjay Dutt's daughter Trishala Dutt on her late boyfriend's first death anniversary