Vivek Oberoi has received a life threat from Naxals. He received the threat on Wednesday, after which he was provided security by Mumbai Police. Apparently, the actor has received this threat because of starring in PM Narendra Modi biopic. Vivek is playing the role of Prime Minister Narendra Modi in the biopic. A special screening was held for Bollywood celebrities on Wednesday.

The film’s biopic had been I jeopardy following the ban imposed by Election Commission on it as they found the film obstructs the ‘level playing field’ during General Elections 2019. After much to-and-fro and court orders where the film was cleared for release by Supreme Court but was stalled by EC as the court had asked the body to take a decision, PM Narendra Modi biopic is all set to release on May 24, a day after the Lok Sabha election results come out. 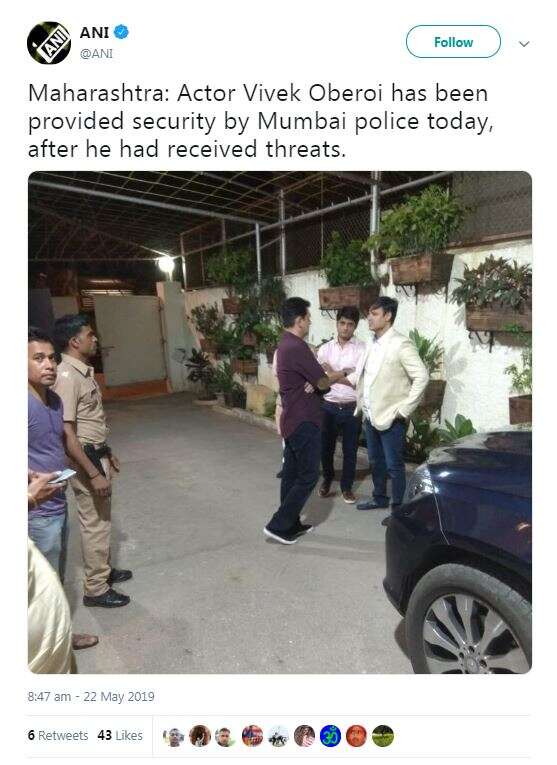 RECOMMENDED READ: Aishwarya Rai Bachchan Meme Row: From shoddy creatives to apologizing for the tweet, here's what Vivek Oberoi did in the past 24 hours

Following the threats received by Vivek, it is apparent that some anti-social elements do not want the film to release and might have an agenda against Narendra Modi. Previous to this, Vivek was embroiled in a controversy where he had shared a meme featuring Aishwarya Rai Bachchan and her personal life. The meme drew similarities between her relationships and election results.

Although Vivek was also made fun of in the meme, the actor received a lot of flak for sharing and having a good laugh at it. He eventually deleted the tweet and apologized for hurting sentiments.