Advertisement
HomeBOLLYWOODENTERTAINMENT NEWSDabangg will always have Sonakshi, Jacqueline will always be a part of Kick and Tiger can never be made without Katrina, promises Salman Khan

Dabangg will always have Sonakshi, Jacqueline will always be a part of Kick and Tiger can never be made without Katrina, promises Salman Khan

Salman Khan who is currently busy promoting his upcoming film Bharat recently spoke about his future films and how his heroines will never change in his film sequels. The actor said that his films will always have his set of actresses.

When asked if Tiger Zinda Hai 3 is expected to start soon, he said, "It might, I’ve still to hear the script. Right now, I have two films." He was then asked if his Bharat co-star Katrina will join for the third installment of Tiger, he quickly said, "Of course. Dabangg will always have Sonakshi (Sinha), Jackie (Jacqueline Fernandez) will always be a part of Kick and Tiger can never be made without Katrina."

Well, this is for sure a happy news for all Salman, Jacqueline, Sonakshi and Katrina fans. For the unversed, Jacqueline starred with Salman in Kick back in 2014. Katrina was a part of Ek Tha Tiger and Tiger Zinda Hai which co-starred Salman Khan and Sonakshi has been a part of the Dabangg franchise since the beginning. 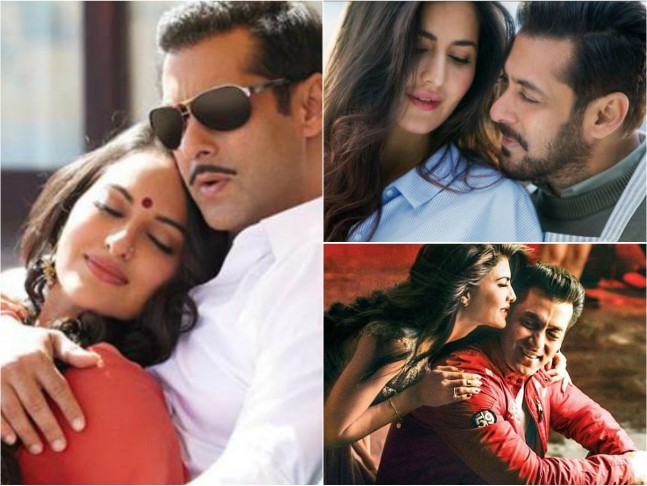 Recommended Read: The audience’s response is the most important test for me: Katrina Kaif on Salman Khan’s comment that she deserves a National Award for Bharat

Talking about Bharat, the film stars Jackie Shroff, Disha Patani, Tabu and Sunil Grover along with Salman and Katrina. Directed by Ali Abbas Zafar, the film is slated to release on June 5, 2019.

'Irrfan helped with funds for Coronavirus patients with a clause that