Advertisement
HomeBOLLYWOODENTERTAINMENT NEWSThe audience’s response is the most important test for me: Katrina Kaif on Salman Khan’s comment that she deserves a National Award for Bharat

The audience’s response is the most important test for me: Katrina Kaif on Salman Khan’s comment that she deserves a National Award for Bharat

Even after parting ways romantically, Salman Khan and Katrina Kaif share great chemistry on-screen as well as off-screen. The actors have delivered several hits and once again are back on the big screen with their upcoming film Bharat. Katrina has always garnered praise from her male co-stars for her hard work and determination but Salman has always been lavish with his praise for the actress. During the Zinda song launch, Salman heaped praise on Katrina and claimed that she might bag her first National Award for Bharat.

However, Katrina took Salman’s comment very modestly. An entertainment reported her saying, “I think everyone associated with the film always feels the love and passion for what you do because it has been a long journey. It has been a journey where we all tried to put our heart and soul into it. And I think Salman has seen every step of the way how hard we worked on this, me and Ali trying to create the character and get this character right for me and for the film." 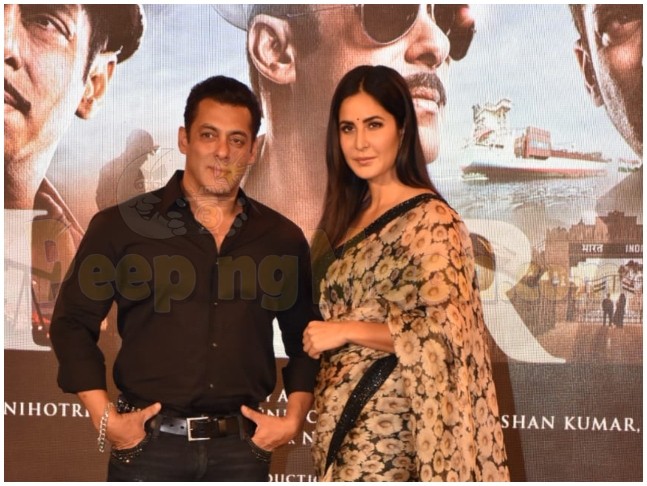 RECOMMENDED READ: I really hope to put my name as a producer towards the end of this year: Katrina Kaif reveals her production plans

She further said, “I think the ultimate test is when the film releases and what the audiences' response to it is. I think for me that is the most important test and after that let's see.” From Bharat’s trailer Katrina’s acting chops have mighty impressed the audience as well who have been rooting for the actress.