Like What! Janhvi Kapoor prefers to kiss her 'Takht' co-star Vicky Kaushal rather than Kartik Aaryan

Janhvi Kapoor had a dream debut last year in Karan Johar’s production venture Dhadak that was directed by Shashank Khaitan and starred Ishaan Khatter in the lead. However, the actress also had to battle a personal setback when she lost her mother veteran actress Sridevi just before her film’s release. Janhvi did break down at several junctures but did not let the grief overpower her and she worked doubly hard at her craft keeping her mother’s advice of dedication and hard work always in her mind.

Janhvi along with her younger sister Khushi Kapoor appeared on Neha Dhupia’s show BFFs With Vogue recently and made quite a few revelations. In a segment called 'Say it Or Strip it' Neha asked Janhvi who would she prefer to kiss-Vicky Kaushal or Kartik Aaryan. Janhvi did not take much time to ponder over the question and pat replied with Vicky’s name. 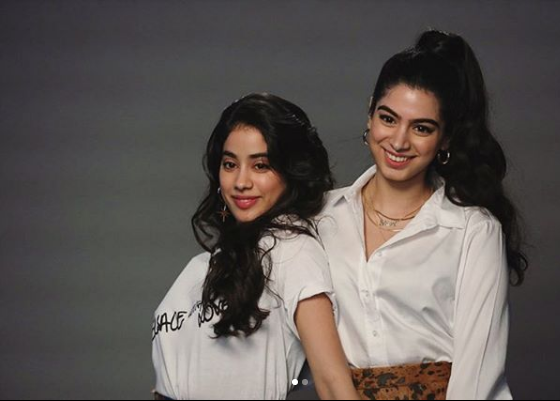 Vicky is the newfound star on the block and has impressed everyone with a string of stellar performances last year. Janhvi and Vicky are also teaming up to star in Karan’s upcoming directorial Takht. Vicky is playing the role of Mughal emperor Aurangzeb while Janhvi is touted to play the role of Nadira Banu Begum, a Mughal princess. Talking about Takht and being a part of the stellar ensemble cast and collaborating for a second time with KJo, Janhvi said, “What can I say? I am still in shock. It hasn't sunk in yet. It's a big deal for me and I am so eternally grateful and feel so blessed that Karan (Johar) has allowed me to be part of this journey."