Advertisement
HomeBOLLYWOODENTERTAINMENT NEWSWe should condemn such behaviour and not sensationalize them: Kangana Ranaut on Mahesh Bhatt throwing a slipper at her during ‘Woh Lamhe’ premiere

We should condemn such behaviour and not sensationalize them: Kangana Ranaut on Mahesh Bhatt throwing a slipper at her during ‘Woh Lamhe’ premiere

The battle between Alia Bhatt and Kangana Ranaut is not looking to die a natural death any time soon. Kangana called Alia’s Gully Boy performance as “mediocre” that led to the latter stating that she will try extra hard next time to impress Kangana. However, the matter did not end here as Alia’s mother Soni Razdan called Kangana “ungrateful” for giving her a break in Gangster.

Kangana’s sister Rangoli Chandel took to social media to defend the actress and in a series of tweets alleged that Mahesh Bhatt had thrown a chappal at Kangana at the Woh Lamhe premiere. Soni told a portal, “I do not wish to be drawn into this madness." Now, Kangana has finally broken her silence over the entire episode.  She told a portal, “Let’s not get too excited about the whole issue. There are lots of girls who face such insulting situations every day. Jo showdown hua tha Mahesh Bhatt and mere beech mein 2007 mein uska bahishkar kijiye. Media should condemn such kind of behaviour and should not sensationalize them. If someone has opened up their past in such a way then that person is very vulnerable. There are several women who face such insults and misbehaviour at their workplace and one should condemn such behaviour and deeds.” 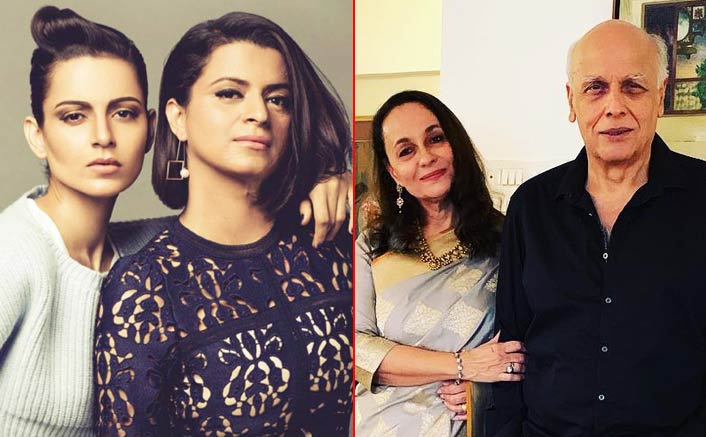 RECOMMENDED READ: Did Pooja Bhatt take a dig at Randeep Hooda after he lent his support to Alia Bhatt against Kangana Ranaut? Her cryptic tweets hints so...

Check out Rangoli’s tweets that brought the issue to light.

(Contd).... please note that he doesn’t own that production house, after Woh Lamhe when Kangana refused to do a film written by him called ‘Dhokha where he wanted her to play a suicide bomber he got so upset that he not only shouted at her in his office..... (contd) @Soni_Razdan

.... but later when she went for Woh Lamhe preview to a theatre he threw chappal on her, he didn’t allow her to see her own film, she cried whole night .... and she was just 19years old . @Soni_Razdan

Looks like the battle between Kangana and Alia will continue for some time as both the factions are taking potshots at each other and other players like Randeep Hooda and Pooja Bhatt are also joining the fray.

'Out beyond ideas of wrongdoing and rightdoing there is a field, I'll