Advertisement
HomeBOLLYWOODENTERTAINMENT NEWSNot even 'Padmaavat' had gone through so much of stress; at least their release was not cancelled just a night before: Producer Sandip Ssingh on PM Narendra Modi biopic release

Not even 'Padmaavat' had gone through so much of stress; at least their release was not cancelled just a night before: Producer Sandip Ssingh on PM Narendra Modi biopic release

PM Narendra Modi producer Sandip Ssingh is hopeful the Election Commission gives his film "justice" and he can release it soon. But he says the process has given the team more stress than what the makers of Padmavati (Padmaavat) went through. The Supreme Court on Monday directed the Election Commission (EC) to watch PM Narendra Modi, a biopic on the Prime Minister, and submit its report regarding the film's release in a sealed cover to the court by the end of this week.

"We are in a lot of stress. The team is losing confidence, but we hope and pray that we get justice and we release our film. For the first time it has happened that a filmmaker has to go through this. There's so much of humiliation and so much stress... Not even Padmavati (Padmaavat) had gone through so much of stress. At least their release was not cancelled just a night before. "But we have no option. We are waiting for justice," Ssingh told IANS over phone from Mumbai. The brouhaha for the Vivek Anand Oberoi-starrer biopic began as the film's release date was shifted from April 5 to April 11, the first day of polling for the seven phased Lok Sabha elections. But just a day before, the poll panel ruled that any biopic material in the nature of biography/hagiography serving the purposes of any political or individual entity connected to it should not be displayed in electronic media, including cinematograph, during the operation of the MCC (Model Code of Conduct). After the film's makers approached the Supreme Court, the apex court put the ball in EC's court.

"I am no one to decide whether the Supreme Court has given a fair chance or not. I am just a small producer who is begging in every court and to the Election Commission for justice for our film so that we can release it and everyone can watch it. We are facing all this without anyone having seen the film. First all the parties, DMK, NCP, Congress... whether it was Kapil Sibal, Prashant Bhushan, Omar Abdullah, everyone wanted a ban on the film without knowing what the film is all about," Ssingh rued. He wonders why he can't have the freedom to choose the release date he wants for his film. 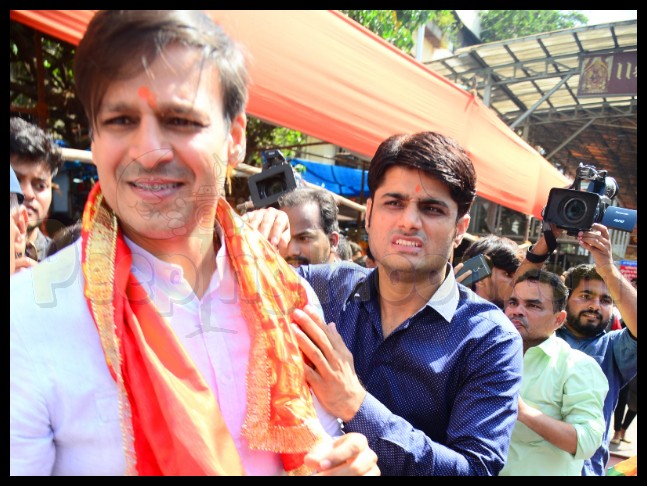 "Everyone saw the trailer and people knew it's an expensive film. We put in crores of money, and a lot of money went into its promotions. We need to recover that. For that, every producer and every star has the right to decide the date on which they want to release the film. Before the films are even being made, Shah Rukh Khan, Salman Khan and Aamir Khan announce the release date of their films. Whether it is Eid, Christmas or Diwali. So why can't I have that freedom to release my film at the right time when I can get business out of it?"

For now, Ssingh's attention is focussed on only releasing the film. "It is very difficult to sustain the film so long. We have already spent so much money on the promotions... All we want is our film should be released and people should get inspired by watching it."