Advertisement
HomeBOLLYWOODENTERTAINMENT NEWSWe want to make as much money as possible before Avengers arrives: Varun Dhawan on release date of Kalank being advanced

We want to make as much money as possible before Avengers arrives: Varun Dhawan on release date of Kalank being advanced

The release date of Karan Johar’s ambitious drama Kalank was advanced by a few days in order to benefit at the box office before Avengers: Endgame hits screens, Varun Dhawan said during his interview with a leading daily. Kalank was scheduled to release on April 19 but after the first set of posters released, makers announced the new release date April 17.

Speaking about the change in release date, Varun said, “We are releasing at a time when there is constant flow of films, both before and after. But today, there are enough screens to accommodate two big films and hopefully, we will get some shows in the second week too when Avengers arrives.”

Recommended Read: Watch: Varun Dhawan introduces the ‘World of Kalank’, a massive set built by 700 workers over a period of 3 months

Considering the fact that Kalank has been made on a humongous budget, Varun also feels “responsible” towards the collections and said that the film will expectedly benefit owing to the April 17 release as it’s a partial holiday.

“Avengers: Endgame has a run-time of three hour and three minutes, ours is much shorter, so that will help us get some shows. That aside, April 17 is a partial holiday and we would benefit from it. We want to make as much money as possible before Avengers arrives,” he added. 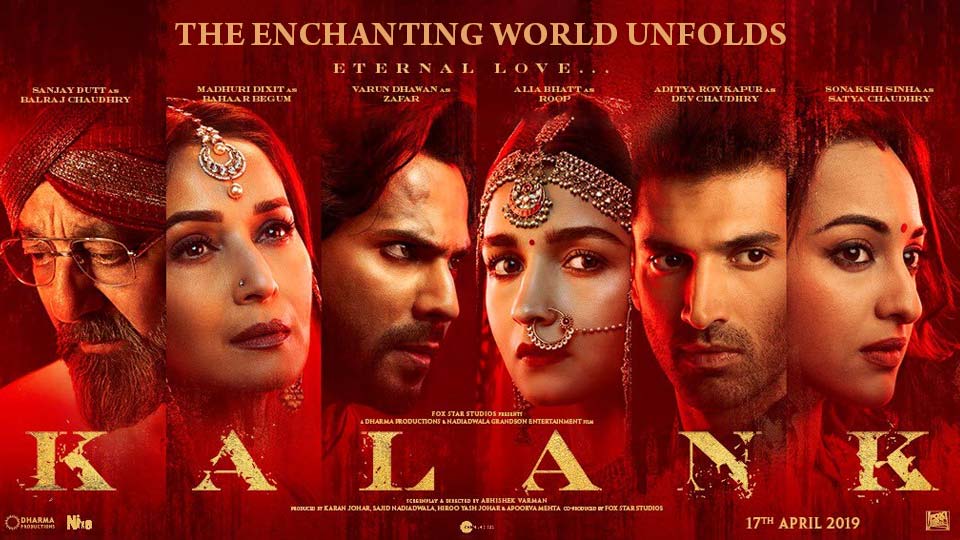 The film has been co-produced by Karan Johar’s Dharma Productions.