He should've done it long back: Sonakshi Sinha on her father Shatrughan Sinha quitting BJP

Actress Sonakshi Sinha, daughter of former Bharatiya Janta Party leader Shatrughan Sinha, supports her father's decision to quit the ruling party and has said that it was time to move on. She, in fact, feels that what he did was a bit too late. Talking about her father's decision to quit the BJP, the actress said, "It's his decision and I feel if you are not happy the way things are taking place, then it's necessary to bring the change and that's what he did.I hope with his new association with the Congress, he will be able to do a lot more good and not feel suppressed."

Sonakshi said her father enjoyed a lot of respect within the BJP and that even party stalwarts who had been with her father from early times had not been given the respect they deserved. "So, it was time to move on. Actually, he has done it a bit too late. He should have done it a long back," Sonakshi told the media at the Hindustan Times Most Stylish Awards 2019 on Friday here. 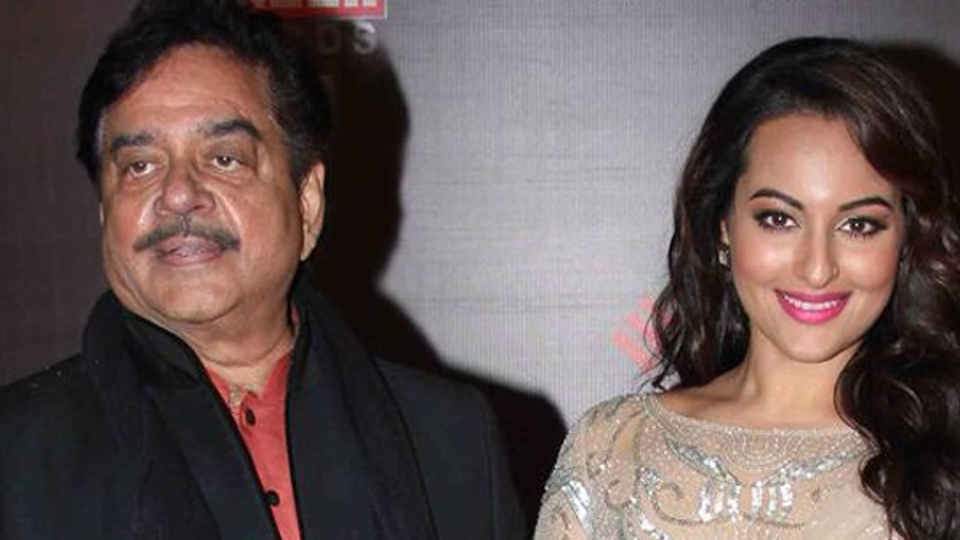 Painfully....on the way out of BJP....But hopefully in the best direction under the dynamic leadership of my dear friend Lalu Yadav and the desirable, most talked about leader from the Nehru Gandhi family... the true family of nation builders... pic.twitter.com/9HSNhf9F1c

Shatrughan Sinha's exit from the BJP came days after Union Minister Ravi Shankar Prasad was declared the party's candidate from Bihar's Patna Sahib, which was Sinha's constituency for 10 years. Sonakshi was asked whether her father was disappointed with Prime Minister Narendra Modi and the BJP for not being treated with respect.

Sinha, a vocal critic of the BJP since he was denied a cabinet post in 2014, has questioned the party over demonetization and denial of ticket to veteran leader L.K. Advani to contest the elections. Sinha is expected to join the Congress on April 6.