The title track of Karan Johar’s ambitious drama Kalank has been released and it is so melodious that we bet you’ll keep on listening to it on loop. The track features the lead cast of the Abhishek Varman-directed film – Alia Bhatt, Varun Dhawan, Sonakshi Sinha, Aditya Roy Kapur, Sanjay Dutt and Madhuri Dixit.

Kalank’s title track features snippets of the lead characters’ respective stories – Alia’s Roop is smitten by Varun’s Zafar but scenes in the track suggest that he isn’t quite sure of reciprocating to her though he is aware of his feelings for Roop. 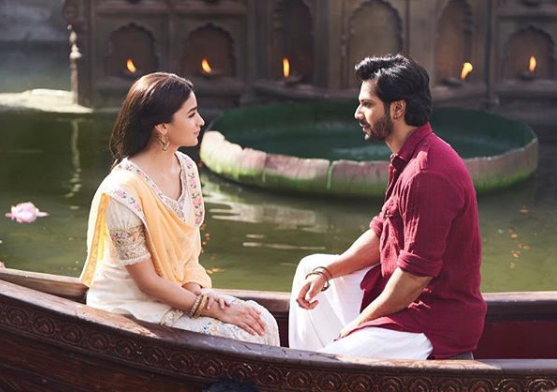 Zafar and Roop spend time with each other but in all probability, aren’t able to materialize their relationship, as in one of the conclusive scenes of the song, she is seen with Aditya Roy Kapur’s Dev. On the other hand, Sonakshi’s Satya and Dev feature in a scene that suggests both are in love with each other.

Madhuri, who stars as Bahaar Begum and Sanjay Dutt’s Balraj also appear in a scene together. Kalank title track has vocals by Arijit Singh and has been composed by Pritam. Amitabh Bachchan has written the lyrics. 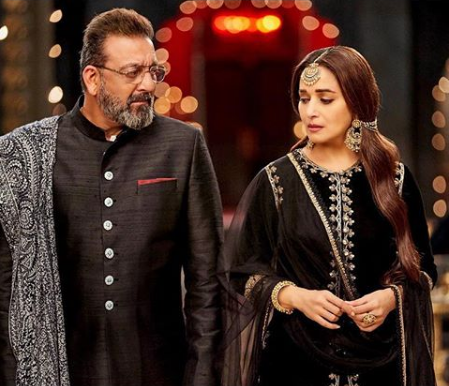 Watch the title track of Kalank:

Kalank will release on April 17.