He will be back very soon: Ranbir Kapoor gives a positive update about father Rishi Kapoor's health 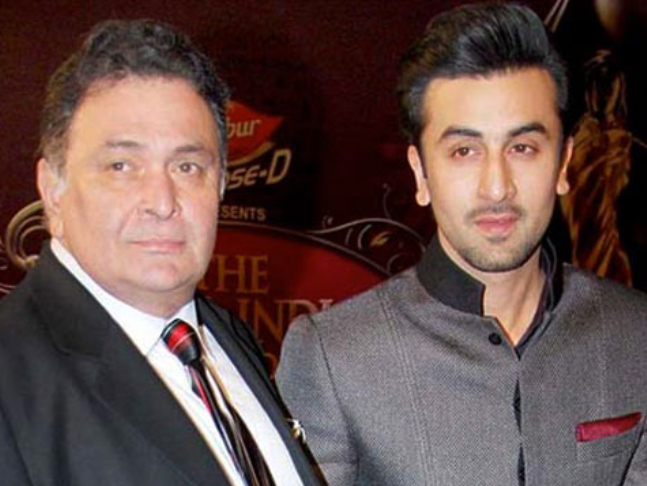 Veteran actor Rishi Kapoor is undergoing treatment in the US for quite some time. He flew to New York in September last year along with wife Neetu Kapoor to get his undisclosed illness treated. Ever since then, his family members and friends have been visiting him every now and then. In fact, his son Ranbir Kapoor spent the New Year's eve with him and his girlfriend Alia Bhatt joined them as well.

During a recent awards show, Ranbir was asked about Rishi's health and much to our delight, he assured, "Well, he's doing very well and he will be back very soon." The actor further added, "He is missing his movies and he is missing working in films. I really hope that with all your wishes and prayers he comes back very soon."

Now we just cannot wait for the 102 Not Out actor to be back in his home country soon!

Interestingly, Neetu too recently hinted at their return to Mumbai by posting a picture of herself with Rishi, his sisters Ritu Nanda and Rima Jain, and niece Nitasha Nanda.

Currently, Rishi's brother Randhir Kapoor and Karisma Kapoor are in the US to meet him.

Have seen very few marriages work in my life: Ali Fazal on disproving

Did Aryan Khan snub Ananya Panday at an event weeks after her confession of having a crush on him?