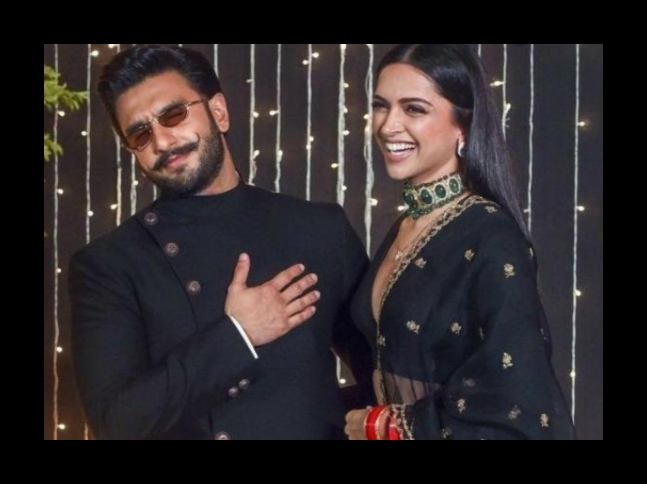 Ranveer Singh’s energy-levels are unquestionable and asked about it, his wife Deepika Padukone, had a hilarious response. Deepika, at an event, revealed that Ranveer eats almonds and drinks coconut water for breakfast and she doesn’t “mix anything” with it in order to ensure that her husband is energetic throughout the day.

"He only has badaam and nariyaal paani in the morning and I am making that for him, and I am not mixing anything in that," Deepika quipped, a leading website reports. Major LOL. "I don't know what happens when he leaves the house. As he's an extremely different person then, which I think also people will start seeing,” Deepika added.

Ranveer and Deepika photographed at an event in Mumbai[/caption]

Recommended Read: He takes longer to get into bed: Deepika Padukone reveals a secret about husband Ranveer Singh, but don’t get her wrong

However, Deepika also mentioned that contrary to his personality, Ranveer also has a “quiet, intelligent and sensitive” side to his character. In fact, he has this childlike innocence, in Deepika’s words, and that is pretty much visible in some of his films.

Ranveer and Deepika, co-stars of films Bajirao Mastani and Padmaavat, married in Italy in a two part-wedding – in a Konkani ceremony on November 14 and in a traditional Anand Karaj on November 15, 2018.