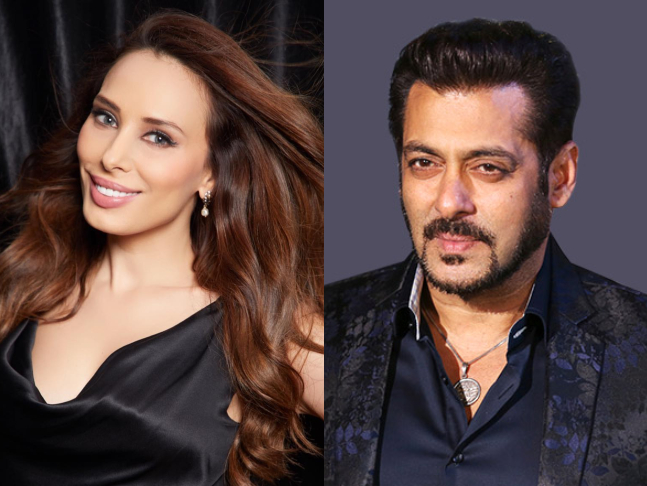 Bollywood actor Salman Khan has been rumoured to be in a relationship with Romanian beauty Iulia Vantur for quite some time now. Although the two have never admitted to it, their public outings and holidays certainly depict otherwise. In fact, Iulia is present at every family gathering of the Khan-daan and is close to Salman's family and friends as well.

Although rumours of their impending marriage have been around for quite some time now, Iulia recently hinted about having a family of her own. During a recent interview with a magazine, she was asked about her dreams and aspirations, to which she replied, "I have had enough of a career and I don’t have many big aspirations now. But I would like to continue doing good things to grow. Now my aspiration is family, and I would like to have one."

We wonder what Salman has to say on this.

Meanwhile, when further prodded about her timeline for getting settled, Iulia replied, "Growing up, we imagine that we will marry at a certain age and all that. But life isn’t a fairytale, and there are many twists and turns. You need a person to share life’s journey with, and it’s all good when you are together. But when it comes to putting things down on paper, things turn around. I don’t know why it happens, but that’s what I’ve seen. I guess the responsibility and priorities change, which is why people face issues."

On the work front, Iulia is all set to make her acting debut with Radha Kyu Gori Main Kyu Kaala while Salman will next be seen in Ali Abbas Zafar's Bharat, alongside Katrina Kaif.