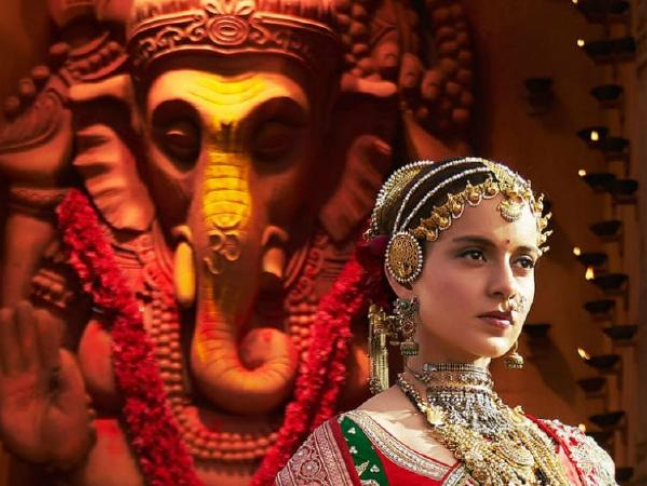 It looks like Kangana Ranaut's Manikarnika - The Queen of Jhansi has become controversy's favourite child. After the actress being in the limelight for taking up the mantle of direction in her hands, another trouble has surfaced for the period film after Shree Rajput Karni Sena has raised objections to several scenes in the film, thereby protesting against its release. Not to forget, it was exactly a year ago that the fringe outfit had raised objections to the release of Sanjay Leela Bhansali's Padmaavat (2018), citing "distortion of history".

Although the queen in question has changed this time, the group has alleged that the film depicts Rani Laxmibai's relationship with a British officer and further claimed that it shows Kangana or the queen dancing to a special number. As expected, the mentioned scenes are against their tradition. Talking about it, Sukhdev Singh Shekhavat, national head of the Karni Sena, told a leading daily, "Time and again, we have seen that filmmakers try to take liberties by showing certain scenes [with the purpose of] adding titillation. We won't tolerate such nonsense."

When prodded why the group waited till the last minute to express their displeasure, Sukhdev maintained that Manikarnika will face the same consequence as Padmaavat. "We have requested the producers to show us the film before its release. If they release it [without showing it to us], we will damage property [theatres, here] and won't be liable for it," he quipped and added, "It doesn't matter if the CBFC has cleared the film."

While Kangana and producer Kamal Jain remained unavailable for comment, the spokesperson from Zee Studios claimed that no such affair has been shown in the film.