Advertisement
HomeBOLLYWOODENTERTAINMENT NEWSKaran Johar 'Toodled' Ranveer, Ranbir and others in the 'PM's Squad' on a private jet ; don't miss this for the world

Karan Johar 'Toodled' Ranveer, Ranbir and others in the 'PM's Squad' on a private jet ; don't miss this for the world 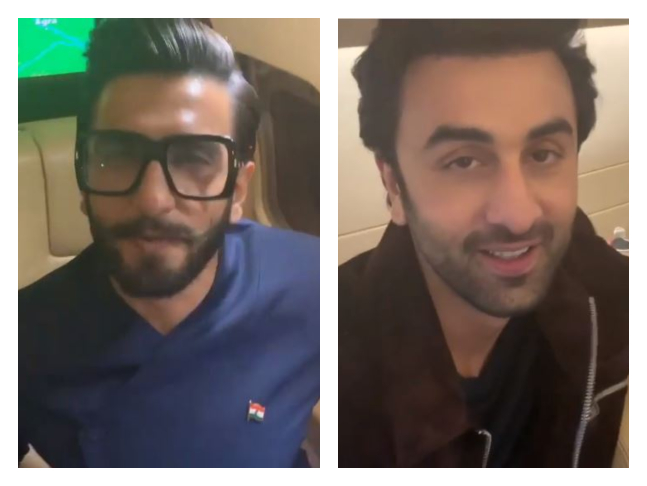 Karan Johar's Toodles videos were all over Instagram while India's Got Talent - the reality show on which he appeared as a judge along with Kirron Kher and Malaika Arora - aired. Now that the show has concluded, doesn't mean that KJo's trend is over because the filmmaker Toodled celebrities including Ranveer Singh, Ranbir Kapoor, Ekta Kapoor and others on a private jet while they were on their way to New Delhi to meet Prime Minister Narendra Modi on January 10.

In the new Toodles video, Ayushmann Khurrana, Varun Dhawan, Rohit Shetty, Vicky Kaushal, Alia Bhatt, Bhumi Pednekar, Rajkummar Rao, Ashwiny Iyer Tiwari and Sidharth Malhotra, also appeared. This is such a filmy Bollywood clip and you must not miss it.

The delegation of young Hindi film actors met PM Modi to discuss how the entertainment industry can contribute to nation building. During the meeting, Karan thanked the government on behalf of the film industry for the GST reduction in movie ticket prices that was implemented recently.

Movie tickets costing more than Rs 100 were brought down from 28 to 18 per cent -- a move that was hailed by the industry. It was a result of two meetings held with the PM in 2018.