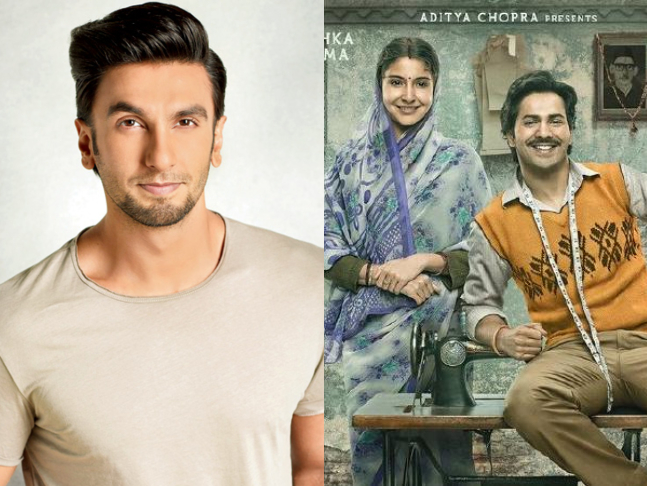 Yash Raj Films' latest entertainer Sui Dhaaga: Made in India, starring Varun Dhawan and Anushka Sharma, hit the theaters on September 28. The film is not only being praised by the audience and critics alike but has fared well at the box-office too. But before its release, Varun and Anushka, during their promotional spree, created a buzz among the Bollywood celebrities by challenging them to take up the Sui Dhaaga challenge.

From Alia Bhatt, Akshay Kumar, Aditya Roy Kapur to Karan Johar, Madhuri Dixit, Aayush Sharma and Ranbir Kapoor, a lot of A-list celebs tried to thread a needle in ten seconds. Now the latest to join the bandwagon of stars was none other than Ranveer Singh, who for nominated by Karan and Ranbir. And we must say, Ranveer's hilarious twist to the challenge just cannot be missed.

Sharing a shot from the film on his Instagram story, Ranveer mentioned how his Sui Dhaaga challenge was not to thread the needle but getting tickets for the film on Sunday night. He also congratulated Varun and Anushka for their fine performances in the film. Check it out:

Sui Dhaaga is a film directed by Sharat Katariya and produced by Maneesh Sharma and Aditya Chopra.