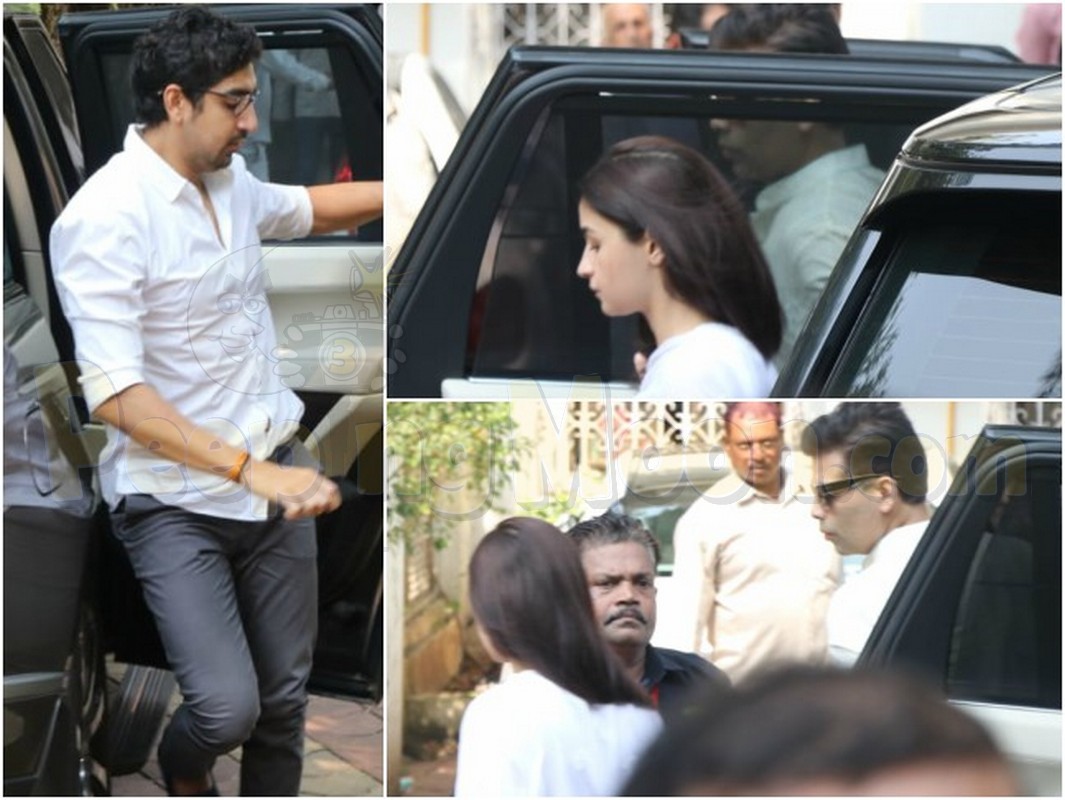 Ranbir Kapoor's grandmother Krishna Raj Kapoor, 87, passed away today morning due to cardiac arrest. The entire Kapoor family is currently at their family residence in Chembur, ahead of Krishna ji's last rites.

Ranbir's alleged GF and Bramhastra co-star Alia Bhatt, director Ayan Mukerji and producer-friend Karan Johar have arrived to pay their last respects and be by RK's side in these tough times.

Recommended Read: Throwback Video: Ranbir Kapoor reveals how ‘incredible and enriching’ it was to live with her grandmom Krishna Raj Kapoor

Ranbir shared a warm relationship with his grandmom Krishna and reportedly, was closest to her in the entire family.

Check out the pictures: