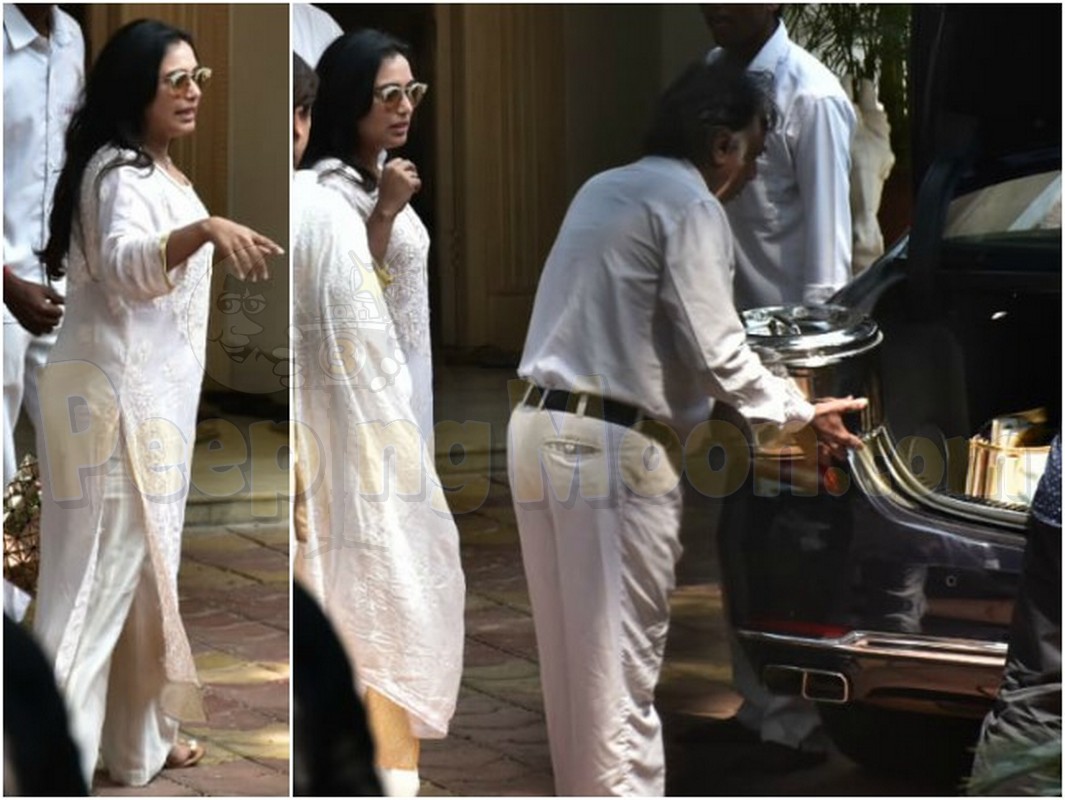 Following the traditions, Rani Mukerji brought in food and refreshments at the late Krishna Raj Kapoor's Chembur residence as she arrived to pay condolences. When anyone in the family passes away, following the Hindu rituals, the kitchen of the house remains shut and inoperative till the funeral. Rani, being a gracious friend, respectfully, arranged for the refreshments for the grief-stricken Kapoor family.

Rani's late father-in-law Yash Chopra shared warm relations with the Kapoors, and have a long working association with the family, right from Rishi to Ranbir.

Krishna Raj Kapoor passed away this morning of a cardiac arrest, and also old age, as her elder son Ranbir Kapoor heartbrokenly told the media. She was 87