Was Anushka Sharma scared of Shah Rukh Khan during her debut film? Find out 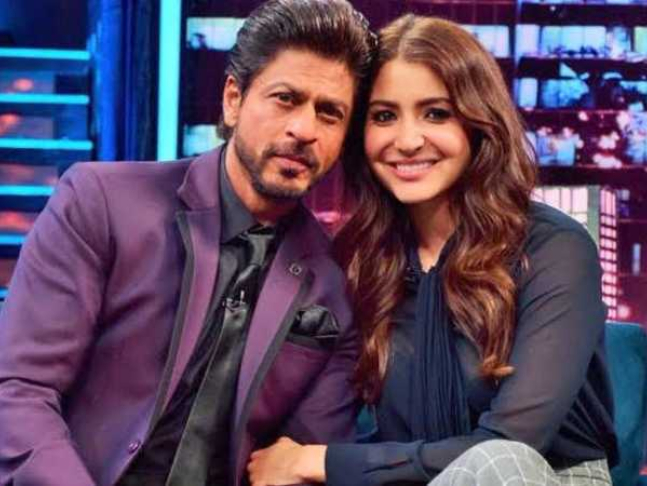 Anushka Sharma made her Bollywood debut with Yash Raj Films', Rab Ne Bana Di Jodi (2008) and unlike many actresses, she was lucky enough to star opposite B-town's Baadshah Shah Rukh Khan in her debut film itself. Moreover, the actors went on to feature together in films like Yash Chopra’s Jab Tak Hai Jaan (2012) and Imtiaz Ali’s Jab Harry Met Sejal (2017). While the audience loves their chemistry, Anushka recently revealed that she was "too scared" to talk to SRK while shooting her debut film.

Speaking with a leading news agency during the promotions of her upcoming film Sui Dhaaga: Made in India, the actress said that despite having several co-stars in her film journey over the years, SRK holds a special place in her heart. "He has been someone who has been extremely kind to me with my very first film. I think as a person he has also changed over the years. I feel my relationship with him has changed because now I’m more comfortable with him in talking to him. I can actually have a conversation with him," she claimed.

Furthermore, she talked about how like every debutante, she was scared to even talk to a superstar like Shah Rukh. "Anything I wanted to tell him, I’d feel (it is) so unimportant. ‘Why would I share that with him?’ Now I’m so much more comfortable," she added.

Well, their camaraderie on screen and off screen is a delight to watch always. Interestingly, SRK and Anushka will collaborate once again in Aanand L Rai's Zero, which also stars Katrina Kaif. Meanwhile, Anushka's Sui Dhaaga alongside Varun Dhawan is slated to release this Friday on September 28.