Advertisement
HomeBOLLYWOODENTERTAINMENT NEWSWatch: Janhvi beats everyone at the Sui Dhaaga challenge, completes the task in a jiffy

Watch: Janhvi beats everyone at the Sui Dhaaga challenge, completes the task in a jiffy 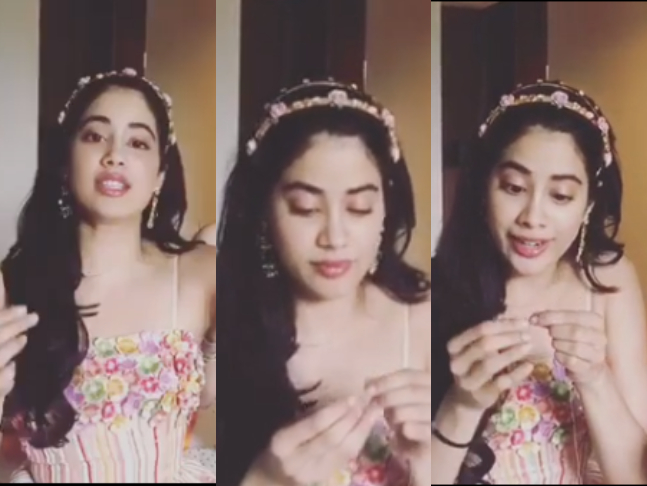 While some nailed it some failed at it handsomely. Shashank who defeated Madhuri and Tushar in the challenge on the sets of their dance reality show Dance Deewane nominated Janhvi Kapoor for the Sui Dhaaga challenge. The young actress today took up the challenge along with her younger sister Khushi Kapoor from the director of her debut film Dhadak and actually managed to thread the needle in the fastest time till now beating all her seniors from the industry.

Janhvi shared the video of the challenge on her Instagram and the actress looked adorable and really pretty in it. She herself was pleasantly surprised when she actually finished the challenge in the shortest time possible and her joy knew no bounds. Her happiness was pretty infectious. She nominated her Dhadak co-star Ishaan Khatter and debutants Aayush Sharma and Warina Hussain to take up the challenge.