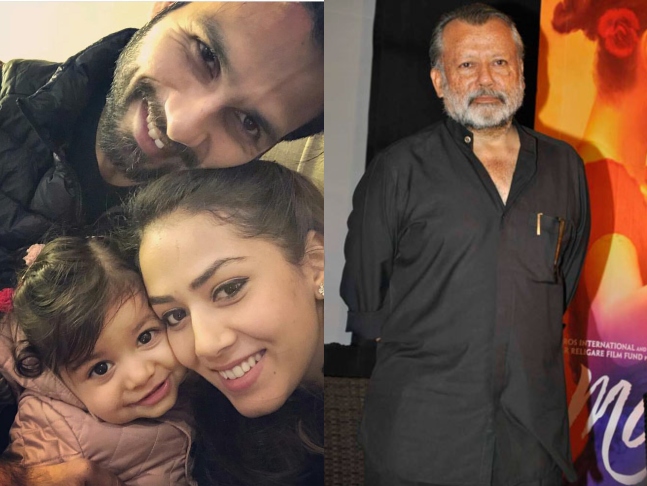 Shahid Kapoor and his wife Mira Rajput are in the best phase of their life after welcoming their second child together, a baby boy, at a suburban hospital in Mumbai on September 5 – and the actor's parents Pankaj Kapur and Neelima Azeem couldn’t be happier. In an interview with a leading daily, Kapur expressed his excitement, saying that Shahid’s family is complete after the birth of his son.

“It’s the most delightful thing that can happen to any family. Shahid’s family is now complete. God bless all of them. We are thrilled about the new arrival,” Kapur told the daily.

Neelima, meanwhile, was spotted at the hospital with her son Ishaan Khatter soon after Mira was hospitalized on Wednesday. While speaking to the daily, Neelima, on her part, said that Shahid and Mira will decide the child’s name soon while she is impatient enough to bring the child home. The veteran actress, during her conversation, also provided a health update of Mira and the baby, saying that both are fine.

“My dearest elder son’s family is now complete, and my daughter-in-law Mira has been so wonderful, brave and strong through the whole process. Misha has got a brother and her Ishaan chachu has got a nephew now. I’m a hands-on grandmother with Misha and since I’ve had two boys of my own, being with the new member of the family will come naturally to me. Everything was normal so Inshaallah the baby and mother will be home soon,” she told the daily.

Shahid married Delhi-based Mira in a private ceremony in Gurgaon in 2015. Their first child, daughter Misha, was born a year later. On Thursday afternoon, Misha was spotted at the hospital with Shahid as she came to meet her brother.

Workwise, Shahid is currently gearing up for the release of his new film Batti Gul Meter Chalu on September 21. He will begin filming the Hindi remake of Telugu film Arjun Reddy soon.